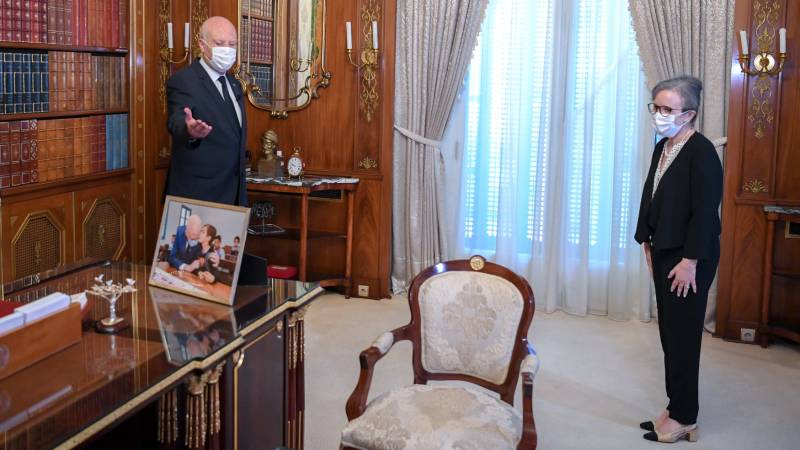 Journalist Faïrouz ben Salah, who lives in Tunis and also writes regularly for Dutch newspapers, is skeptical of Bouden’s appointment. According to the publicist, it is likely that Saied chose a woman to appease the Western world after taking power. “When the going gets tough, you can gain support in Europe if you take a feminist approach.”

Ben Salah also points out that the new prime minister has no political or administrative experience and is in fact the third civil servant in a row to be appointed by the president in a short period of time. “Saied is not looking for the opposition. He is not really looking for a new government, but for officials who do exactly what he says.”

She continued, “Because there are no more ministers, Saied has worked closely with the civil service in recent months. In recent months, he has met with obedient officials and they are now being assigned positions.” The fact that the president announced today that a new cabinet will be formed within hours and days at most, according to Ben Salah, indicates that he already knows exactly who will be in government.

She expects that the president’s course will lead to more resistance from the population. “The economy is bankrupt and everyone is waiting for an economic improvement. It was hoped that Saied would appoint a prime minister who understands the economy, but there is no plan. It will probably lead to more protests.”

Instead, the president would like to focus on fighting corruption, as he promised in the election. “But with Saied, you quickly become corrupt. He will probably abuse this intention to arrest more opponents,” expects journalist Ben Salah.