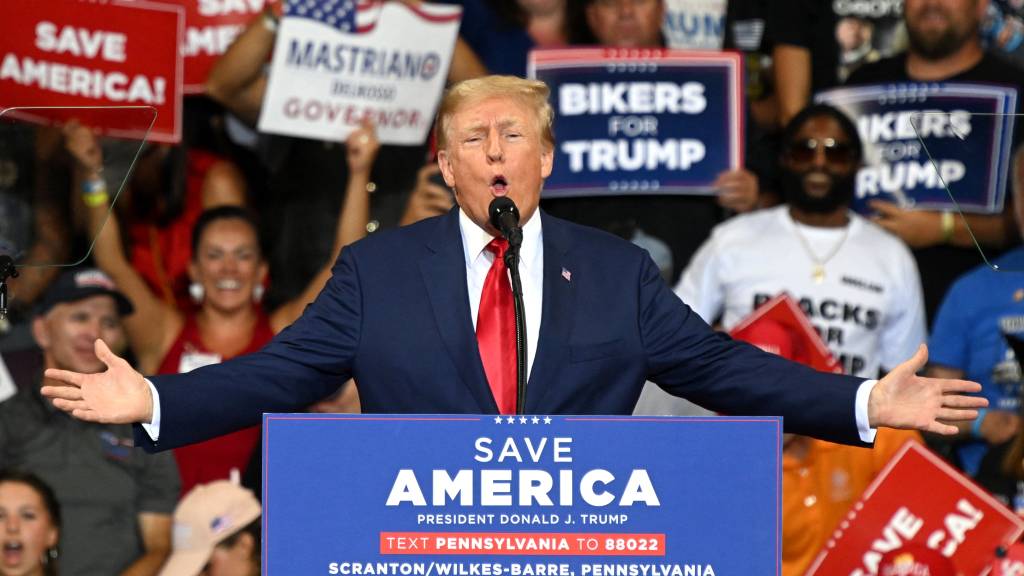 Former United States President Donald Trump gave a lengthy speech at a rally in the state of Pennsylvania. In his speech, he again expressed his dismay at the FBI raid on his Florida home. He also called his successor Biden “an enemy of the state.”

Trump spoke on behalf of thousands of his supporters. He warned his political opponents, among others, against “a reaction like no one has ever seen” because of the “ridiculous” raid on his house in Mar-a-Lago. In this house, the FBI found secret documents that the former president had taken at the White House.

“The danger to democracy does not come from the right, but from the radical left,” he told his supporters. He responded to a Biden speech earlier this week. Equality and democracy are “under attack” as Trump seeks to overthrow the democratic system and “turn the country back in time,” Biden said on Friday.

Trump called the speech “the most cruel, hateful and divisive speech ever delivered by an American president.”

In his speech, he also repeatedly said that the presidential elections were fraudulent and said that if he had been president, Russia would never have invaded Ukraine. He also denounced the approach of the Democrats in the various cities. He argues that crime rates are rising in Democratic-run cities.