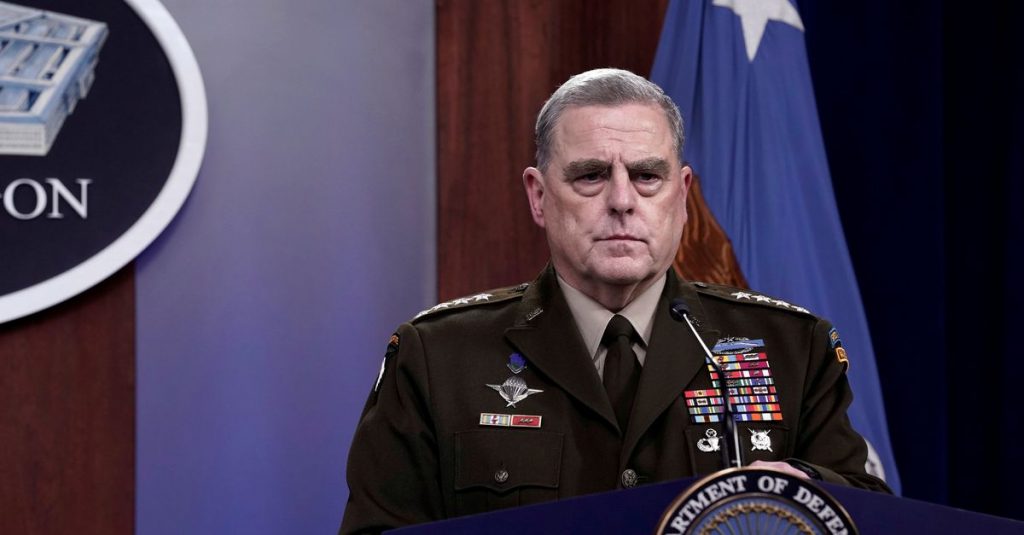 The senior US military officer has twice called his Chinese counterpart to ensure that the US military does not attack China, even if President Trump orders it. He also promised to warn the Chinese if an attack was imminent.

It is according to the American media in the book to be published next week Danger by reporters Bob Woodward and Robert Costa.

The commander of the armed forces, General Mark Milley, reportedly telephoned Chinese General Li Zuoucheng a few days before the November 3 elections. Milley had heard about Chinese concerns about US aggression – expressed by President Trump. “General Li, you and I have known each other for five years now. If we attack, I’ll call you ahead of time. It won’t be a surprise, “Milley reportedly said. They reunited after Trump supporters took over the Capitol on January 6.

It should be noted that a soldier alone considers the orders of the president as commander in chief sabotage. Milley continues to serve as the Commander of the Armed Forces and should faithfully enforce political decisions, whether they come from Republican President Trump or Democrat Joe Biden. Milley spoke with Democratic Speaker of the U.S. House of Representatives Nancy Pelosi on January 19. She called Trump “crazy”. “He’s been crazy for a long time. Milley agreed with her “on everything,” he reportedly replied.

He assured her that Trump would not have the option of carrying out a nuclear attack. Milley also summoned his senior officers to stress that he himself must be part of the nuclear missile launch protocol.

A version of this article also appeared in NRC on the morning of September 15, 2021