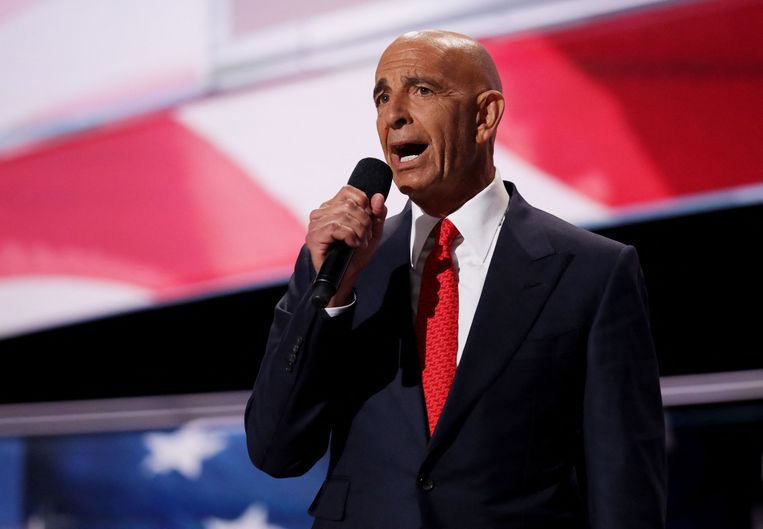 Barrack, 74, has been criminalized by the FBI for failing to comply with his obligation to register as a lobbyist for the United Arab Emirates. He is also accused of lying to FBI agents about his work for the Gulf States Alliance.

Barrack, who Trump has been friends with for 40 years, was instrumental in Trump’s electoral victory in 2016. He raised funds for his election campaign, then led Trump’s transition team and raised more than $ 100 million for the inauguration of the president in January 2017.

But according to the FBI, Barrack also profited from his friendship with Trump. For example, he promised the UAE to present the Trump administration with a list of things they would like to see in the first 100 days of his presidency. He had previously managed to smuggle some of the UAE’s wishes into a Trump campaign speech.

His position has also enabled him to provide his directors in the United Arab Emirates with exclusive information about the feelings of the Trump team on certain issues.

Perhaps in return, the Gulf states injected hundreds of millions into the Colony Capital investment fund that Barrack managed. A former employee of his investment fund and a businessman from the United Arab Emirates were also arrested in connection with the case.

Several other close Trump associates have also already been charged with similar offenses, including his former campaign manager Paul Manafort. He was convicted of hiding from the US tax authorities the millions he had earned as a public relations advisor to ousted Ukrainian President Viktor Yanukovych.