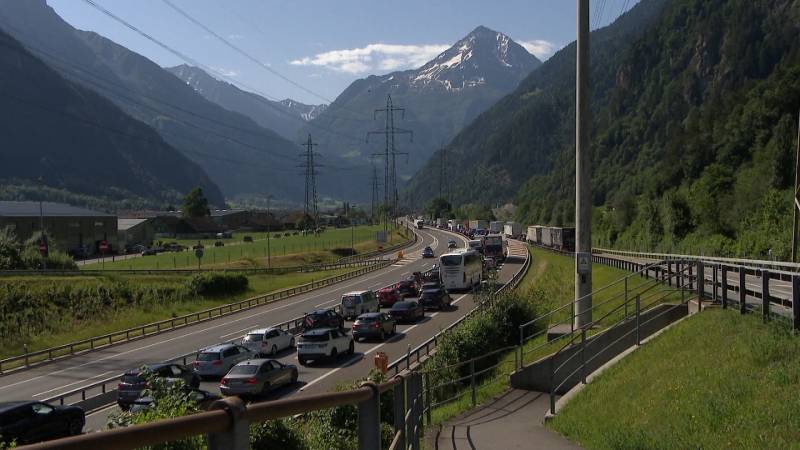 In large parts of Western Europe, roads to the south were busy today due to the Whitsun weekend.

In France it was mostly busy today on the A7 near Lyon. It was also related to bad weather. According to the ANWB, the delay there was 1 to 2 hours at the peak. There were also people at the Mont Blanc tunnel to Italy.

In Germany, traffic from Munich to the south was delayed. In Austria and Switzerland he was busy towards Italy. There is always a big traffic jam at the Gotthard tunnel.

In the Netherlands itself, it remained fairly quiet, only it was much busier than usual from Germany on the A12 towards Arnhem.

As of yesterday, passengers are not allowed to enter Schiphol more than 4 hours before flight departure. There are inspectors at the entrances. According to a spokesperson, the vast majority of travelers adhere to it, but social media still complains about crowds and long lines.

KLM announced today that it will no longer carry passengers from European destinations to Schiphol. According to KLM, there are currently too many passengers who cannot depart from Schiphol and this must first be resolved. In any case, the measure applies for today.