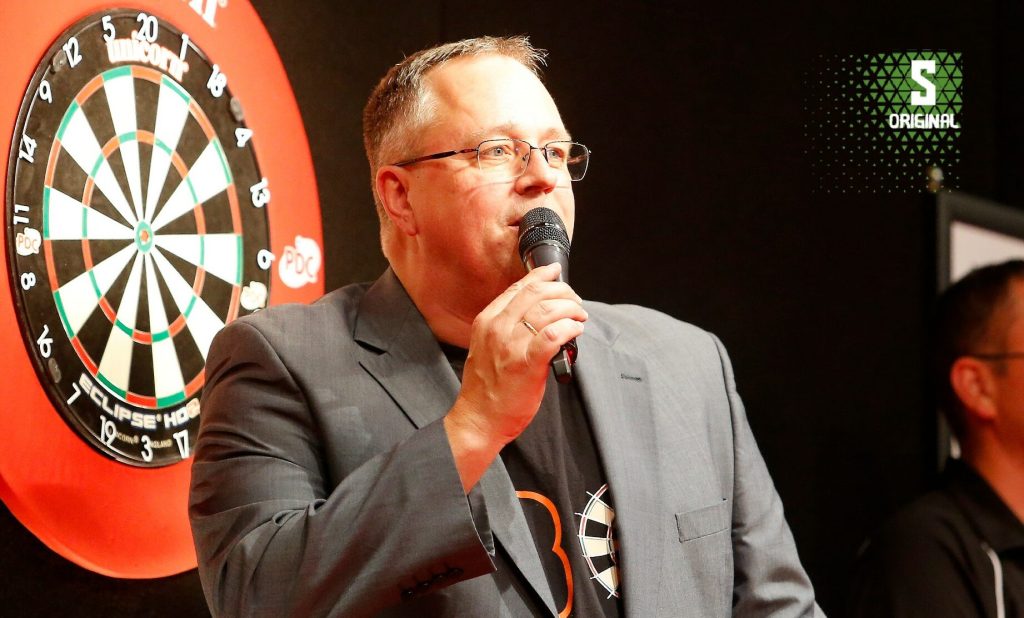 In April, the WDF darts association organized a Darts World Cup in an emblematic place: Lakeside. What are the ambitions? Should the PDC union be on the lookout? Sportnieuws.nl asked tournament director Jacques Nieuwlaat, who you also know as a darts commentator at Viaplay and before RTL 7.

No place in the world has as much darts history as the Lakeside Country Club. There, in the English town of Frimley Green, the BDO World Championship was held from 1986 to 2019. (London’s Alexandra Palace has been “only” the site of the PDC World Cup since 2008.) The BDO is bankrupt, but the WDF is now taking over from Lakeside.

Jacques, you were a tournament director at Lakeside. The first time is often difficult, this time too?
“Actually no, it went well and way beyond expectations. We had a power outage on Tuesday night. We had to reschedule 1 game, but that was about it. The generator of a TV production company’s truck broke down. also broke down.”

In 2019 you called the PDC World Cup ‘the big world cup‘ and the BDO World Cup the ‘little World Cup’. What would you call the WDF World Cup? And what are the projects for the coming years?
“In principle, it’s the replacement for the BDO World Championship, so yes, you could say it’s the Amateur World Championship. Recreational sports players can qualify for it, so not the fairly demanding professionals, so That’s the point. “

As for the width, there was no English in the semi-finals. This had never happened in the BDO World Cup. Coincidence, or is darts actually becoming more international?
“The WDF wants the field of participants to become more international. More space has been created for participants from, for example, North America, Australia, New Zealand and Asia. Only Asia couldn’t play darts at all for the past 2 years and therefore no darts could be played this time Asians join us.

“By giving more opportunities to players from, say, Eastern Europe and Northern Europe, you will see that the best players from there will have more impact at the World Cup. The number 2 is a Frenchman, Thibault Tricol, who was very close to victory in the general classification. France is a country where there are hardly any darts. Who knows what this will trigger.

The appearance of the World Cup trophy also made a lot of sense. The trophy was described online as including an oreo cookie, a pacman and a slice of pizza. Were you concerned about appearance?
“I had the trophy designed myself, I had my say. I think people who have such reactions didn’t look very carefully. The trophy was designed by an artist. This n t is indeed not a big kitschy British silver cup, but it has become a beautiful piece of craftsmanship. We have chosen something different this time. If something is different, you always get reactions, that’s fine .

Neil Duff wins the trophy (the text continues after the photo)

There was also something wrong with that other trophy, the BDO World Cup. What exactly happened when BDO Presidents Des and Paula Jacklin collected the BDO Cup at Lakeside from champion Mikuru Suzuki? Was it quiet or was there noise?
“I didn’t get involved much. I know that the WDF acted as an intermediary, between Suzuki and the Jacklins. As far as I know, they already agreed in the summer of 2021 that the cup would be transferred to the BDO, because he belongs to the union.

“The cut will be included in the BDO estate. This estate is divided due to bankruptcy. I saw no police cars with flashing lights and no arrests either.”

We zoom out and look at the whole world of darts. Which darts player do you think has the most consistent high-level throw so far in 2022?
“Hard to say, it depends on where you start counting. Peter Wright became PDC world champion in 2022 and that counts a lot of course. If you were to count that for 2021, at the end of that season I would say Michael van Gerwen is the best so far in 2022. He wins the most titles and looks the most consistent of them all.”

And how is Raymond van Barneveld since his return in early 2021?
“I think he was certainly happy with the 1st half. He won a Players Championship tournament, maybe faster than expected. I think the performances weren’t achieved afterwards, but he did also demonstrable results for himself. Reasons for that. There have been things in the private sphere.”

“The goals of the 1st year should always be to reach the final of the Players Championship and the World Cup. And he did it. Now he has to build on the 2nd year. He is already in the top 64 (55th) and still has to PCF and the World Cup. If all goes well, he will also go to the World Matchplay and the World Grand Prix, but then he will have to perform well on the indoor tournaments.”

Jacques Nieuwlaat and the WDF World Championship Team at Lakeside†

Thanks to all @DartsWDF officials for their hard work.

And to the fans who supported us, you were amazing! pic.twitter.com/qcRTtgxp2m