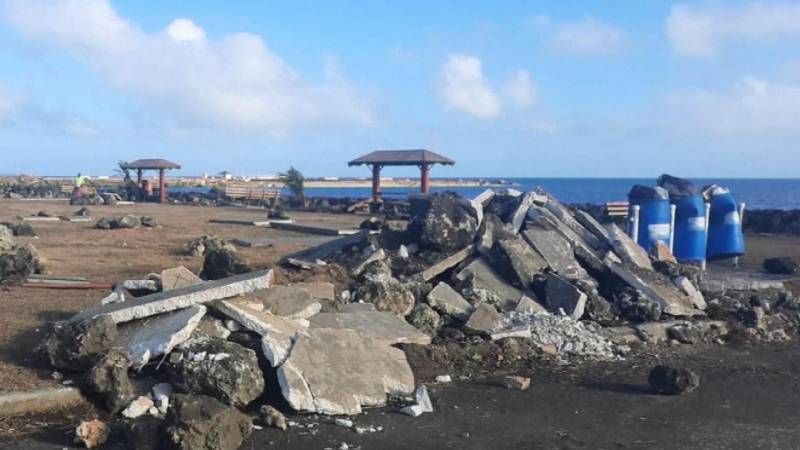 One of the earliest stories of survivors of the volcanic eruption and tsunami in Tonga comes from a man who says he swam for more than 24 hours between islands in the Pacific archipelago for eight miles.

Lisala Folau from Atata Island shares her story on local radio station Broadcom FM. An editor of this program posted the transcript of the interview on Facebook.

Folau has a physical disability that prevents him from walking properly. At the time of the tsunami warning, he was painting his house. He hid inside, but when a meter-high wave approached, he climbed a tree with his niece. It was around 7 p.m. Saturday.

“When the wave made landfall just below us, we had nothing to hold onto and we were swept away by the sea. We drifted and called out to each other. It was dark and we couldn’t see. Soon we heard I no longer call my niece, but my son.”

Folau decided not to respond. “No son can abandon his father. As a father, I remained silent, because if I answered, he would try to save me. But it was a difficult situation and I said to myself: when the worst happens, only me will be touched.”

The police boat didn’t see it

He drifted with a piece of tree to the island of Toketoke (about 4.5 kilometers from Atata), he says. He saw a police boat and waved a piece of cloth, but they didn’t see it and kept sailing. Then he tried to get to the island of Polo’a. “I still had some energy. When I arrived around 6am I called for help but there was no one there.” However, he felt strengthened by the idea that he could also arrive on another island.

It happened around 9 p.m. that evening, about 26 hours after he was kicked out of his home. In Sopu, on the main island of Tongatapu, he crawled and walked to a road with a piece of wood he found as a cane. There he was picked up by someone passing by. “The people of the village were shocked that I survived.” It is not known whether his relatives also survived.