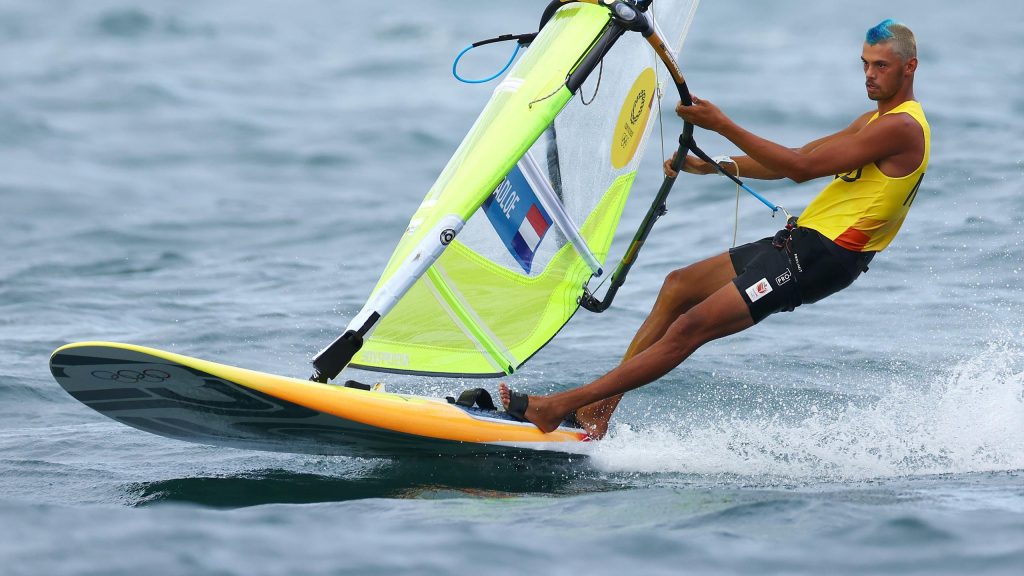 Finishing alone is enough for Kiran Badloe to win the gold medal. The Dutchman could therefore in theory take his time and make a pleasure trip to the end. But Badloe will still want to show off in the last race, even though the gold has already been won.

Lilian de Geus will also take action in the water for the last time in Tokyo tomorrow. Unfortunately De Geus no longer has any chance of winning a medal, but will be driven to perform well in the Medal Race. De Geus kicks in at 7:33 am, Badloe at 8:33 am.

Tokyo 2020 | GOLD FOR BADLOE! How are the Dutch doing on the 8th day of the Olympics?

Femke Heemskerk and Ranomi Kromowidjojo take part in the action tomorrow in the semi-final of the 50-meter freestyle. Heemskerk crawled through the eye of the needle and qualified for the semi-finals in 16th place. In the men’s category, two Dutchmen will compete in the 50-meter freestyle: Thom de Boer and Jesse Puts. With four Dutchmen in action, there are enough chances for a place in the final. The semi-finals start at 4:11 am.

Also tomorrow, medals will be awarded in swimming, with a chance for the Netherlands as well. The Dutch team participates in the mixed 4×400-meter medley final. In addition, the finals are the men’s 100-meter butterfly and the women’s 200-meter backstroke and 800-meter freestyle. Attend swimming from 3:30 am.

The triathlon starts so early in Tokyo that you can stay awake for it, the start signal is given at 12:30 a.m. Swimming, cycling and running, triathlon has always been a very difficult part. How exactly does the triathlon work?

She is only 21 years old, but after a great year she is aiming for a medal at the Olympics: Femke Bol. The Dutch super talent comes into action in the fourth round of the 400-meter hurdles. The first round starts at 2:00 a.m. Nadine Visser’s Olympic Games will also start tonight, on the 110-meter hurdles from 03:45. There is even a chance for a Dutch medal tomorrow in the mixed 4x400m final at 2:35 pm. The United States will also participate in this final after being disqualified by the jury.

Unfortunately not Enrico Lacruz for the men today, but a quarter-final for Nouchka Fontijn. The Dutchwoman will be in the ring at 06:24 against the Canadian Tammara Thibeault. Fontijn won silver at the Rio Games, will she at least be able to match her performance from there? And there’s even more boxing on the bill, starting at 4:00 a.m.

We can say that the judo tournament was not a success for the Dutch team. With several medal contenders in the ranks, including Henk Grol, a single bronze medal is not enough. Tomorrow is the last chance for a judo medal, the Netherlands will jump into action at 4:25 am in a mixed team. If the Dutch continue to the final, it will be at 11:30 am.

It was the surprise of the tennis tournament, Novak Djokovic lost in the semi-final. The Serb still has a chance to win a bronze medal. Among the women, tomorrow there will be the final (Bencic – Vondrousova) and the battle for bronze (Rybakina – Svitolina). And there is a chance for bronze in mixed doubles and women’s doubles. All tennis can be seen from 8:00 am.

Where are you looking?

Tokyo 2020 | The well-known images; athletes who bite into the medal. But why?!