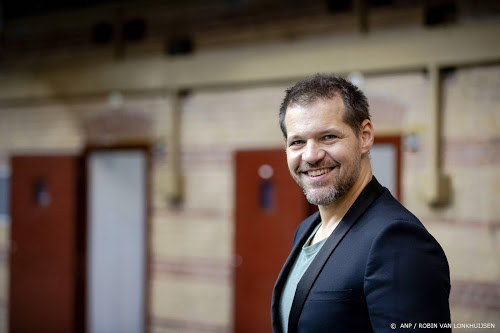 At the Titanic, most people think of Jack and Rose’s love story. But everyone on the ship had personal dramas, choices and dreams. That’s what Titanic the Musical is, which can be seen in the theater from November.

“It’s incredibly interesting to look into this,” says protagonist René van Kooten, who plays ship designer Thomas Andrews, in a conversation with the ANP. “So the people are the story and the ship is the setting.”

The performance premiered on Broadway 25 years ago, and musical success will return to the Netherlands in the fall. Titanic the Musical tells the story of the enormous cruise ship the Titanic, which left the English port of Southampton on April 10, 1912 for New York. On board were 1,301 passengers and 941 crew members. The story of the musical is told by six men who work on board and three girls who want to emigrate to America.

Almost everyone is familiar with the movie version of Titanic, but the musical is based on the book. “The film is actually the romantic version of the story,” says Mariska van Kolck, who plays Ida Straus. “I’m not going to be in the bow, no. The musical further tells the story of the people who were on the ship.

“You see all kinds of people, from the poor to the rich. Everyone has their own problems and dreams, ”says Van Kooten. “It’s actually a miniature company that was on the Titanic,” adds Van Kolck. “These are young people who hope to make a career and make money in the United States. You see courage, hope, dreams. But also fear: who has a place on one of the lifeboats. “

The audience will be very recognizable, thinks Van Kolck, who once starred in the musical Ciske by Rat, Chicago and Tina the musical. “You always recognize something in the plots. The hope of the people to go to the promised land. The anger at the captain’s arrogance to sail much faster than was allowed, ”she cites as examples.

The original musical won five Tony Awards in 1997, which are considered the most important musical awards. Van Kooten, who has played roles in Les Misérables, Aida and Evita, feels little pressure nonetheless. “It really has become a new project, so you can’t compare it with each other,” he says. “I’m excited.”