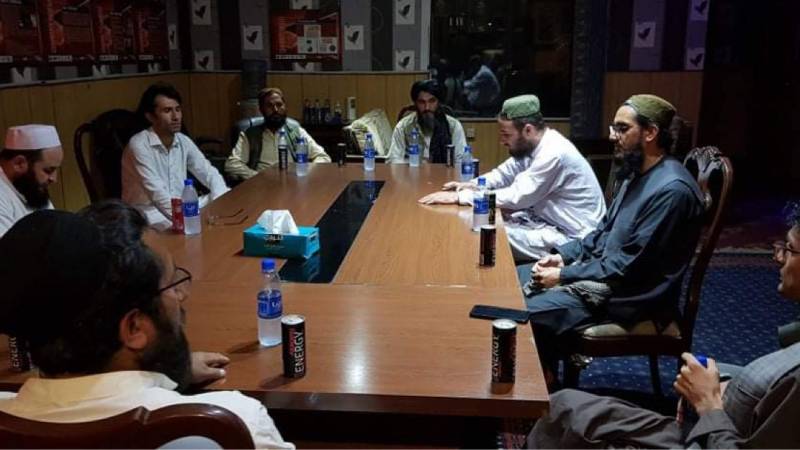 The Shaiq family fled Jalalabad after several attacks on the media company that had been established over the past 20 years. “We broadcast movies and music on our channels and produce human rights programs and critical political reporting. The Taliban don’t like it, ”Shaiq said with a smile.

Sharq Network has been popular with Western troops in Afghanistan for the past decades. The Shaiq were one of the many Afghan families who placed their fate in the hands of NATO countries, who pledged to build a freer and more open Afghanistan. “From the moment we got the American money, we really grew,” Shaiq says. “They liked what we did.”

But that success story ended last weekend with a hard blow. Henna, the 24-year-old girl, is sitting at the kitchen table. She constantly calls and texts friends in Kabul, who have been nervous at home for days. The Taliban also visited the campus, searching the archives for lists of student names. But according to Henna, they were destroyed in time.

“The future Afghan leaders were trained at the American University, there were students from all over the country. The girls received a scholarship and could study there,” Henna explains. “Conservative Afghans called us ‘the children of America,’ so there was a lot of opposition. But we fought and stood up for our right to study.”

Student Henna Shaiq explains why she and her friends in Kabul feel abandoned by America and other NATO countries after the army leaves and the Taliban recaptured the capital: