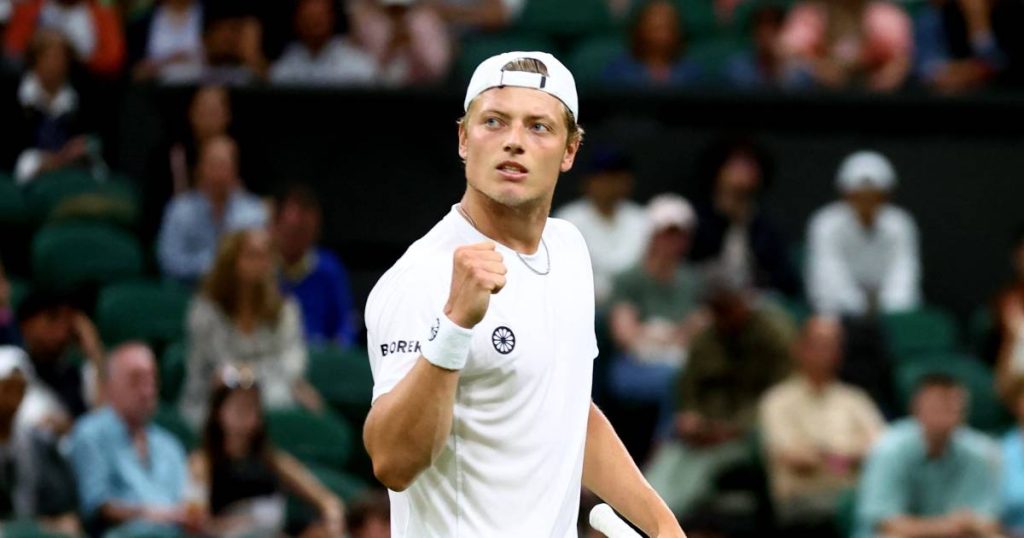 Tim van Rijthoven won as many prizes at Wimbledon as he had in his entire career before he left for London. The world number 104 ended up with 190,000 pounds, converted into more than 220,000 euros, from the grand slam tournament. He lost in the fourth round in four series by Novak Djokovic

Van Rijthoven, 25, admitted with a wild card, has raised a total of around 290,000 euros in recent years – up to Wimbledon. However, this also includes double wins. Last month, the number three of the Netherlands touched 98,580 euros with his title in Rosmalen.

There are no world ranking points at Wimbledon this year. This decision was taken by the ATP and WTA tennis associations in response to Wimbledon’s decision to ban Russian and Belarusian tennis players.

If points had been awarded at Wimbledon, Van Rijthoven would likely have been just outside the top 70 after the tournament. Van Rijthoven is currently practically in the world top 100. He occupies the 99th place.

Van Rijthoven will extend his grass season in Newport, USA. Presumably, world number 104 will be added to the main tournament schedule in the United States, which begins in over a week. He is currently the first reserve.

In 2000, Peter Wessels caused a sensation by winning the Newport ATP tournament. It was the former number 72’s only title in the world.

For Van Rijthoven, qualification for the US Open is at stake in the coming weeks. ,,Because Tim has come so far at Wimbledon, he won’t be able to take points next week, unlike his competitors. That’s why the coming weeks are important in the United States,” said Luca Cozzi, Van Rijthoven’s manager. The US Open kicks off on August 29.