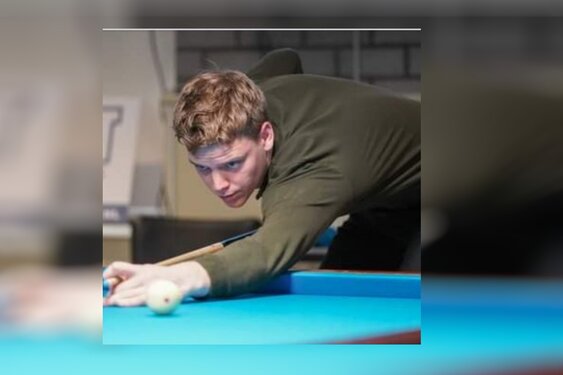 SCHERMERHORN – Three Cushions Sam van Etten will compete in the Three Cushions World Cup in Las Vegas next week. The billiard player from Schermerhorn will leave in the coming days for the United States, where his first match is scheduled for Monday, March 28.

This is the second participation in a World Cup abroad for Van Etten, multiple champion of Europe and the Netherlands. Last year, Van Etten took part in a competition with the best three-cushion players in the world for the first time in Veghel, Brabant via a wild card. This season, he is competing in all the World Cups.

Sam van Etten, only 25, has ambitious plans to join the best three-cushion players in the world within a few years. He is now accompanied by a team which, in addition to multiple champion Raimond Burgman, also includes coach Frans van Kuyk and mental trainer Bart Boogaard.

The pool player from De Schermer realizes that the road to the top is still long. “But I’m young and I have the ambition to go higher. Dick Jaspers, the world number one, is 55 years old. So I still have many years to grow.

In Las Vegas, Van Etten must first join the top 32 pool players in the world via a number of preliminary round matches. On Monday (to follow via You Tube), there will be a match against the talented Korean Ji Eun Han.