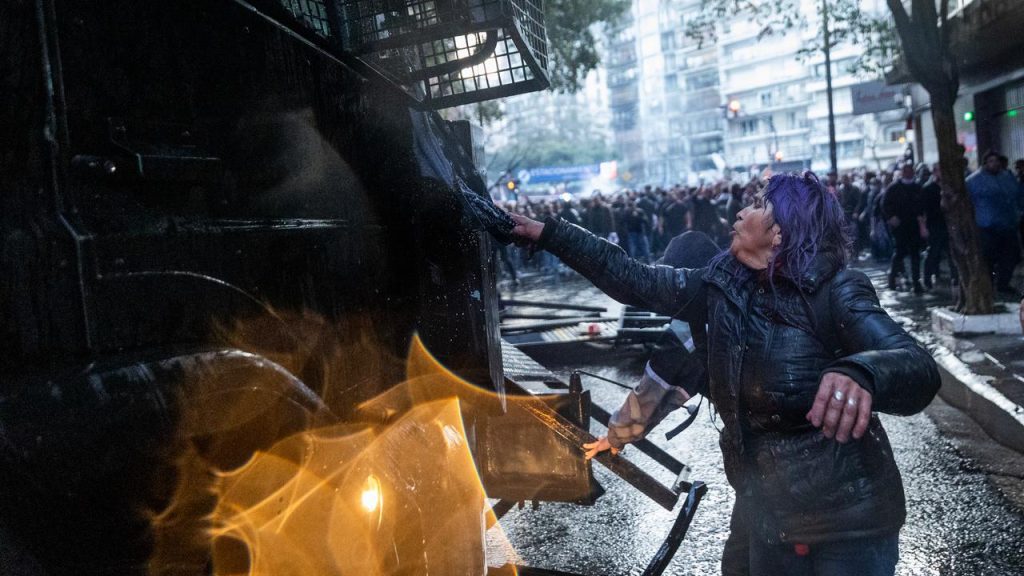 Thousands of supporters of Vice President Cristina Fernández de Kirchner took to the streets of the Argentine capital Buenos Aires on Saturday (local time). Protesters clashed with police, injuring 14 officers. Four protesters were arrested. This is reported by local media and government officials.

Fernández de Kirchner faces a 12-year prison sentence and a ban on holding public office for alleged corruption when she was president of the South American country. Protesters took to the streets to defend the vice president.

The largest demonstration took place on Saturday at the vice president’s home in Buenos Aires. There, the police had set up crowd barriers to prevent a large gathering. In the afternoon, protesters clashed with police after the use of tear gas, rubber bullets and a water cannon.

Protesters claim Fernández de Kirchner is the victim of a politically motivated witch hunt. Kirchner, 69, leads the most radical wing of the centre-left Peronist coalition that has ruled Argentina since late 2019. Kirchner has repeatedly denied the allegations.