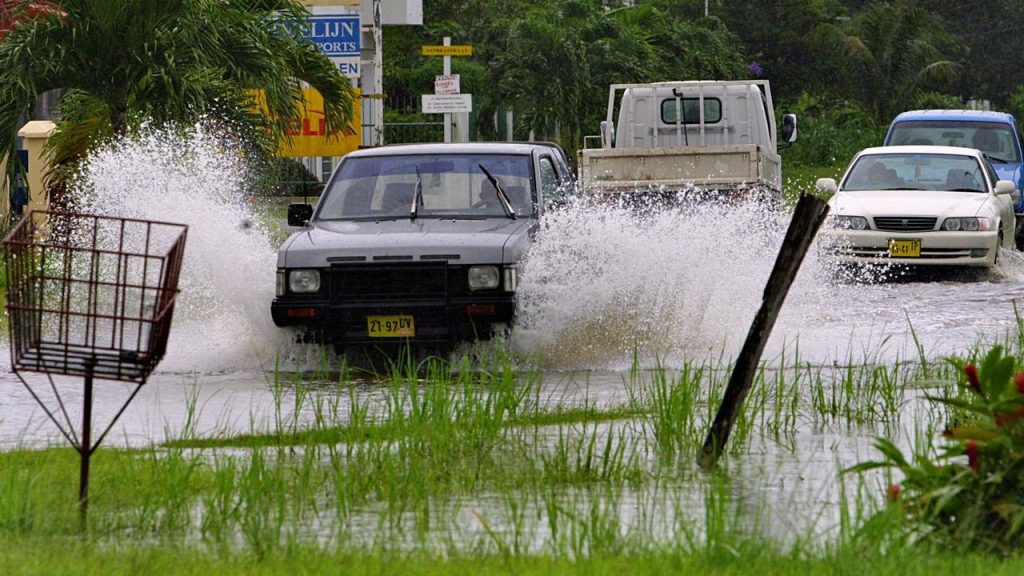 The homes of thousands of residents of around 35 villages in the interior of Suriname have been under water for more than 2.5 months. It could be weeks before they can come back. Floods are the result of excessive rainfall and the absence of a dry season.

As a result, there are also major problems with a dam, where water is let through to prevent it from collapsing. This drainage causes additional flooding for the surrounding villages.

Experts, including meteorologists and the state-owned Staatsolie, expect flooding in Suriname’s hinterland to not end until around June. Until then, Staatsolie, the owner of the dam, will have to regularly open the culverts to prevent the water level in the reservoir from becoming too high. Too much water could cause a dam break.

The necessary emptying will have major consequences, particularly for the inhabitants of the Brokopondo and Saramacca districts. According to Jerry Slijngard, coordinator of the National Disaster Management Coordination Center (NCCR), around 12,000 people from around 35 villages have been affected by the floods so far. The vast majority have chosen not to leave home and hearth. About three hundred people left, according to Slijngard.

Since March, the PRN has been providing villagers with food parcels and other basic necessities. They need food because many crops, such as cassava, ginger and sweet potato, have been drowned. They cannot be submerged for long.

The aid organization will bring around 30 large water tanks to the areas in the coming weeks, so that residents can collect clean rainwater. The army, police and local administrators are helping with the relief.

Frustration due to lack of preparation and communication

The residents concerned are very unhappy. Their biggest frustration is that Staatsolie didn’t prepare them for release in March, so they couldn’t make any preparations. Communication has improved in recent years, says Slijngard. “Until two years ago, Suralco (a subsidiary of the American Alcoa, editor’s note) owned the dam. Now it is the government in the person of Staatsolie who owns it.”

The company did not apologize, but acknowledged a lack of communication. “Staatsolie has now covered all costs of just under 25,000 euros per month,” says Slijngard.