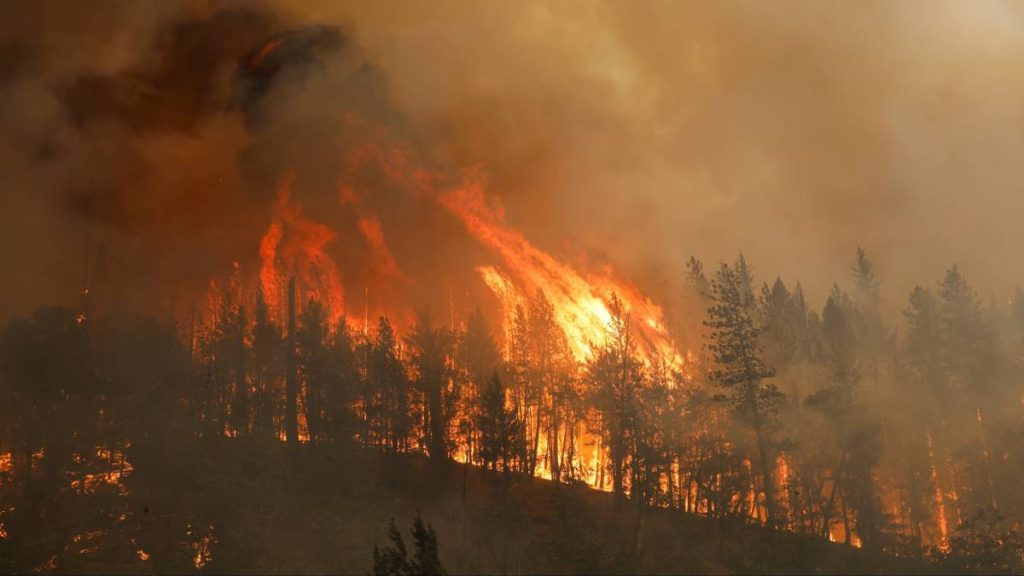 At least 2,000 people have been evacuated in the US state of California due to a wildfire that broke out last Friday. In two days, the fire, on the border with the State of Oregon, has spread to more than 207 square kilometers. That makes it the biggest wildfire this year in the western state. There have been no injuries so far.

Governor Gavin Newsom has declared a state of emergency for the sparsely populated region. This means, among other things, that it is easier to apply for help at the federal level.

The McKinney Fire started in the North Klamath Nature Reserve, where it is very dry. There is also a thunderstorm on the way and the fear is that lightning will make the fires bigger. The fire is also fueled by the strong wind. “That fire can then be blown in any direction,” said a spokesperson for the United States Forest Service, the national forest administrator.

Residents of the area have been told to leave their homes and also evacuate their livestock. Not everyone answered the call.

About 60 hikers who hiked the Pacific Coast Trail were also removed from the area. Authorities said they were not in immediate danger, but were picked up as a precaution. More than 170 kilometers of road are closed.