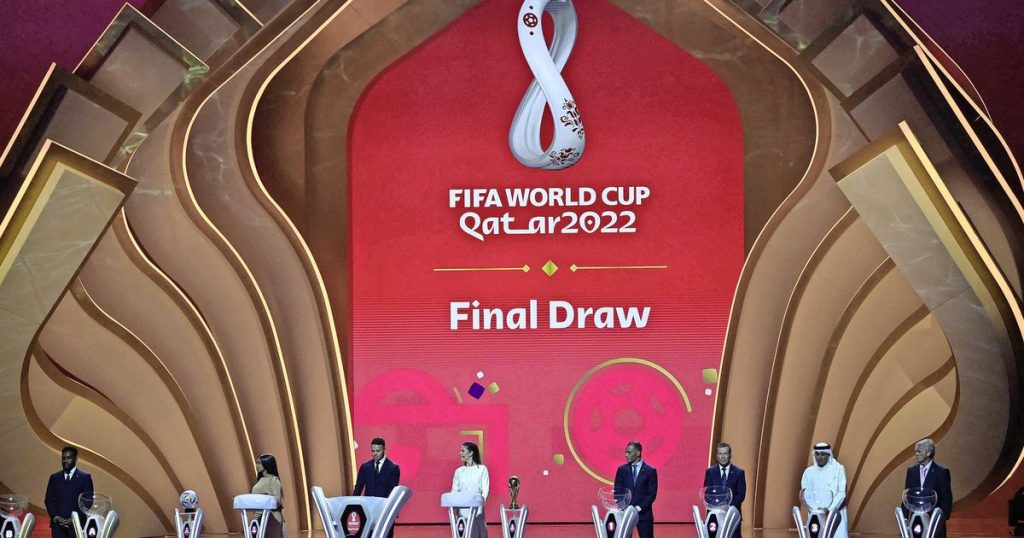 Belgium will face Canada, Morocco and Croatia in Group F. Fun and challenging games for the Red Devils, who will again try to win a final tournament. The best poster on paper comes from Group E, where Germany and Spain face off.

In Group H, a clash is announced between Portugal’s Cristiano Ronaldo and Uruguay’s Luis Suarez. And in Group B, a real “derby” is announced for England, if Scotland or Wales manage to appropriate the last European ticket.

Group A: Qatar, Ecuador, Senegal and the Netherlands.

Group B: England, Iran, USA and the winner of the play-off between Wales and Scotland/Ukraine.

Group D: France, Denmark, Tunisia and winner of the play-off between Peru and Australia/United Arab Emirates.

Group E: Spain, Germany, Japan and the winner of the play-off between Costa Rica and New Zealand.

In Germany was not unanimously in favor of the draw. “We knew that a very strong opponent would definitely emerge,” said goalkeeper Manuel Neuer. “It became Spain. We’ve had bad experiences with this opponent, but I’m sure we won’t make the same mistake we made in the past.” Neuer was referring to the previous 6-0 Nations League loss to Spain.

Germany played a draw against Orange in an exhibition game earlier this week. Neuer: „We have embarked on a new path with a new national coach. Things are going well. Fortunately, we still have some time to prepare better. We will use this time. But we also look forward to the World Cup with great confidence.

Japan and the winner of the play-offs between Costa Rica and New Zealand also play in the German group. Neuer: „It is clear that we have to be vigilant from day one. We want to win all our matches. This will be our attitude. He did not want to name a favorite for the final victory of the tournament. “There are factors that play a role that cannot yet be estimated. For example, the shape of the day.

In England the national coach responded with concern. After the World Cup draw in Doha, Gareth Southgate was most worried about the short preparation time for the event. His team’s first match in Qatar against Iran comes eight days after the Premier League’s final round for the world title battle.

“We’re playing from the start of the World Cup and that’s unfavourable,” Southgate said. “After the last round of our own competition, we should actually leave immediately for Doha. Now we can start working to get everything done as well as possible.

England also play USA in the group stage. The third opponent is Wales, Scotland or Ukraine. Southgate: “We can also have a British derby ahead of us. Everyone knows what that means. It’s not going to be easy.

In Belgium talks to national coach Martinez about a tough draw. Canada, Morocco and Croatia, vice-world champions, are the adversaries of Belgium in the group stage of the World Cup. National coach Roberto Martinez spoke of a “difficult and difficult” draw. “But these are games to look forward to, partly because of the links that exist between certain countries,” he continued.

“Morocco have a lot of players with a Belgian connection,” said the Spaniard. “Canada had a strong qualifying campaign and then you have Croatia, who we all know from the last World Cup in Russia. I look forward to the start of the preparation. The good news is that we will play our first game a bit later, which means our preparation time is longer and we may have another “farewell game” for our fans.

The Belgians will play their opener against Canada on November 23.

The defending champion’s coach will certainly not underestimate the opponent. “He’s the world number eleven and they reached the semi-finals of the last European Championship. You have to respect that. France will face Tunisia and the winner of the play-off matches between the United Arab Emirates, Australia and Peru. “It could have been easier, but also more difficult,” Deschamps said.

In the previous World Cup, defending champions Germany did not make it past the group stage and four years earlier Spain, defending world champions in the group with the Netherlands, had also failed. In any case, Deschamps is warned. Captain of the France team, he won the world title in his country in 1998 and the European title two years later. In the 2002 World Cup, France then found themselves stuck in the group stage without the now-retired Deschamps.