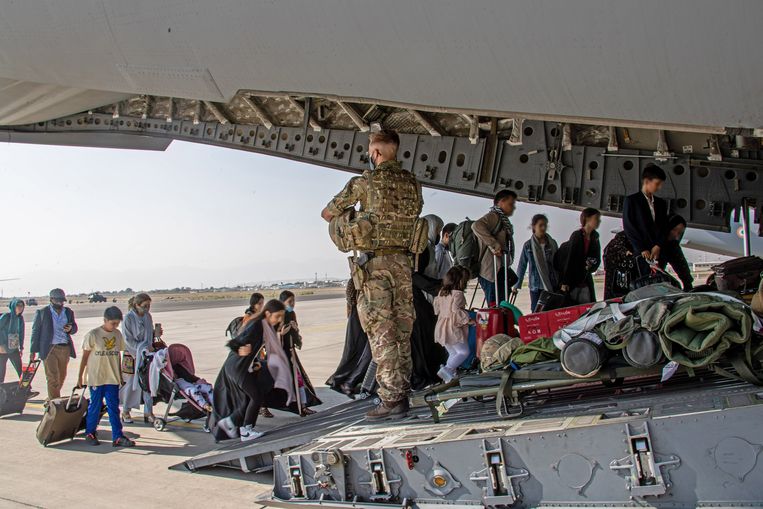 At least 900 British special forces are evacuating 6,000 British, Irish and Afghan asylum seekers. In this evacuation, which has been going on since the end of last week, soldiers are entering the city to pick up people and take them to the airport. Initially, 600 special forces were active, but another 300 were dispatched to Kabul earlier this week. The British elite soldiers are extremely good at this kind of operation at Dunkirk. More than 1,200 people have already left the Afghan capital by plane, mainly at night.

The military presence will allow British Ambassador Sir Laurie Bristow to continue doing his job, assisted by diplomatic staff. This includes the processing of visa applications. The British, British media report, conducted secret negotiations with representatives of the Taliban to ensure that the evacuation proceeded without too much resistance. Earlier this week Home Secretary Priti Patel announced the UK plans to host a total of 20,000 Afghan refugees in the coming years, followed by a call for other European countries to do the same. .

Prime Minister Boris Johnson has defended the withdrawal of Americans from the House of Commons, but behind the scenes British politicians are reportedly furious with Joe Biden. A majority in parliament denounced the Biden government. Foreign Minister Dominic Raab has been criticized for refusing to interrupt his vacation in Crete. The minister proved difficult to reach and reportedly made an important phone call about the fate of Afghan interpreters shortly before the fall of Kabul.

When President Biden sent 3,500 troops to Kabul last Thursday to ensure the evacuation of the embassy and former Afghan employees, the United States vehemently denied that it was a “complete evacuation.” It was only a precautionary measure, in anticipation of the battle for Kabul which would erupt in weeks or months. Nobody thought of a flash fall of the capital.

Three days later, Kabul had fallen. The evacuation operation has now turned into a race against time for the United States. Because how do you quickly get out of the country not only the 21,000 Afghans who helped the United States and whose visa applications are almost complete, but also the 10 to 15,000 American citizens who are now in Afghanistan?

Biden, already heavily criticized by Republicans and Democrats for the chaotic pullout from Afghanistan, is under intense pressure to complete the evacuation. There are plenty of soldiers and planes; there were eleven thefts on Tuesday alone. The United States wants to evacuate 5,000 to 9,000 people by air from Kabul every day.

But the big question is whether it will be successful because of the bad security situation. Americans and Afghans outside of Kabul have great difficulty getting to the capital. The embassy is asking US citizens in Kabul to stay indoors for now and not just come to the airport. They are not allowed to go to the airport until their request has been approved and they have received a message. And then they just have to hope, especially the former Afghan employees, that they are not arrested and returned to a Taliban checkpoint, which has already happened this week.

They couldn’t do anything without the Taliban, so the French evacuation mission has negotiated in recent days with the new leadership in Afghanistan to evacuate the French embassy in Kabul. Jean-Baptiste Dulion of the specially engaged anti-terrorism unit Raid told RTL on Wednesday evening. While the French ambassador liaised with Taliban leadership, Dulion said, his 11-man unit in the region itself was “constantly on the lookout for a Taliban representative” who could “help.”

Since Sunday, several hundred French and Afghans had taken refuge at the French embassy in Kabul, after the embassy had called them that day to get there as quickly as possible. Most of them were able to be driven to the airport via a secret road overnight from Tuesday to Wednesday after negotiations with the Taliban.

France carries out two military flights between Kabul and a French military base in the Emirates, and two additional flights between this base and France. A first group of 41 French and foreigners arrived in France on Tuesday, the first large group of Afghans (184) landed in Paris on Wednesday. According to the authorities, the majority of the refugees from the embassy have been evacuated.

The question is, what does this mean for other Afghans entitled to asylum in France? President Macron assured Monday that anyone who worked for the French can be evacuated. But a group of lawyers who have been arguing for it for some time are expressing concern. Of the 170 Afghan names she submitted to the government, none are on board, lawyer Magali Guadalupe-Miranda said on Wednesday. On Thursday afternoon, another French plane took off from Kabul. “We still have no idea,” the lawyer tweeted, “hopefully.”