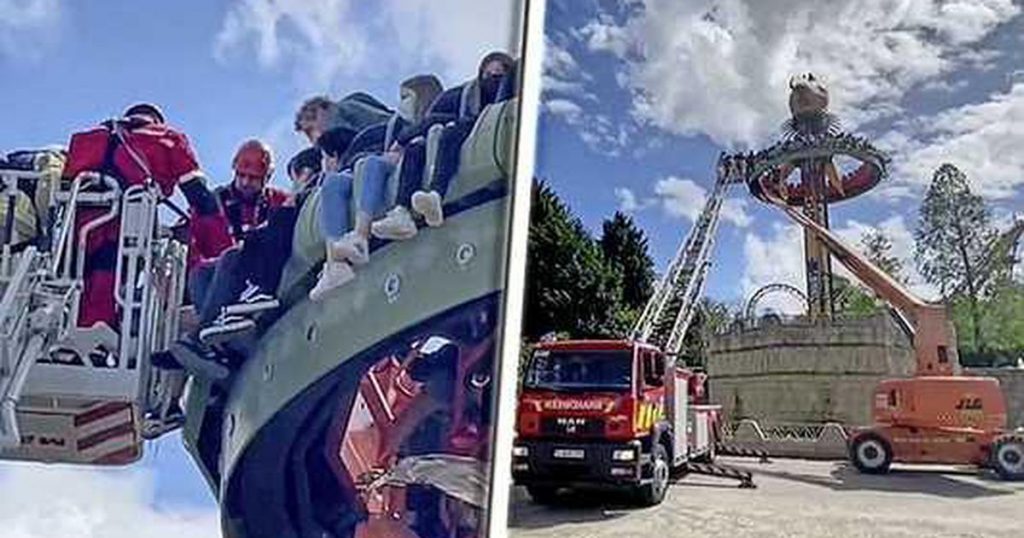 The attraction was blocked due to a technical defect. El Volador, “the pride of the Mexican square”, is what Bellewaerde Park calls the revolving tower in which the children got stuck at a height of about 15 meters.

“Don’t panic, everyone is calm,” park management said on Friday afternoon. Firefighters in the Westhoek area had to use a ladder truck to free the children. The Red Cross was also present to receive the children.

“Our own technicians first tried to lower the gondola themselves. Then the Westhoek firefighters were called in to help the children down. The children were lowered one by one into a harness. This mainly concerns children around thirteen years old. After the evacuation, they were accommodated in the Texas Grill located nearby on Mexico Square in the park. The firefighters carry out annual exercises on this attraction and therefore know how to act, ”explains a spokesperson for the firefighters.

Not for the first time

This is not the first time that the attraction has suffered a crash. In 2006, the attraction crashed and thirteen amusement park spectators got stranded. In 2013, the attraction stalled again, when seven people had nowhere to go for an hour. In these cases, the cold weather was linked to the blackout. In 2018, 40 visitors were trapped in the attraction, said police in the Arro Ieper police zone.