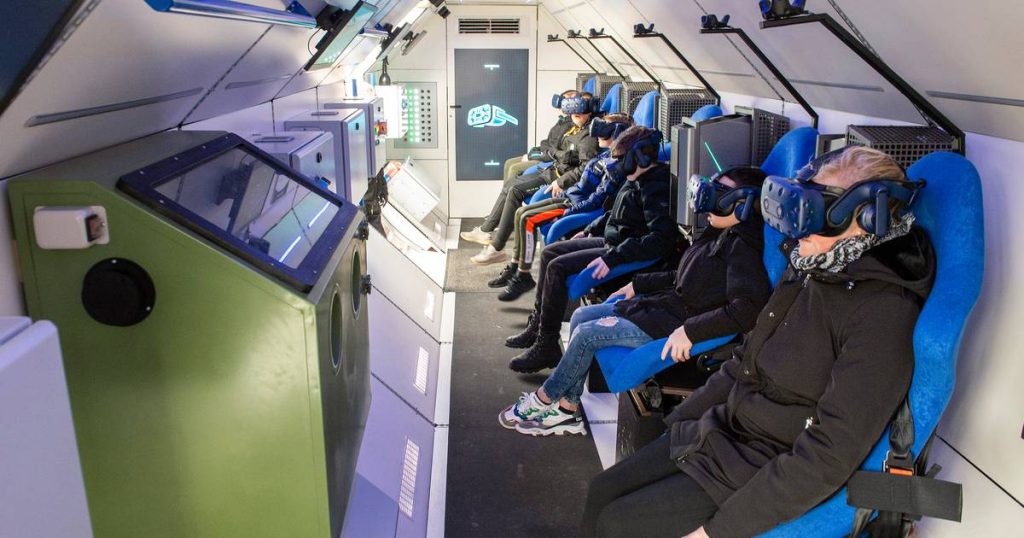 MOERDIJK – “Normally not pretty,” shout the pupils of group 7/8 from Klaverhoek primary school in Moerdijk as they come out of the SpaceBuzz which is parked in front of their school on Friday morning.

They imagined themselves astronauts on a space mission for fifteen minutes aboard the fifteen-meter-long bus, disguised as a rocket. Astronaut André Kuipers was their virtual captain. Kuipers is co-initiator and ambassador of SpaceBuzz, an XR (Extended reality) education program for pupils in groups 7 and 8 of primary school.

“The ultimate goal is to make as many children as possible ambassadors of our land,” says mission specialist Beau from SpaceBuzz. She tours with SpaceBuzz across the Netherlands and guides students on their journey into virtual space.

On board the SpaceBuzz 01, two of them are currently circulating in the Netherlands, the students of Moerdijk, sitting in a real astronaut chair with virtual reality (VR) glasses, experience and see the earth through their eyes of an astronaut. “It’s not true. It was so cool,” Jesse and Levi said as they took off their glasses. “We also want to become astronauts,” he seems determined.

It’s just real. It was so cool. We also want to be astronauts

Classmates Kris, Feline, Meagan, Escher, and Defrim don’t have this dream. “This profession is life threatening,” Kris says, but he’s still in awe of everything he’s seen.

“I thought Earth was the best view in space,” says Feline. “And the Northern Lights were beautiful too.” Everyone is okay with that.

(Text continues below the photo)

Escher says he’s surprised the sun isn’t yellow at all, but white. “And I thought it was really cool walking through the atmosphere, it looks like it’s on fire.”

The space trip started with a real launch and ended with a landing on Earth. “I thought the landing was a little scary,” Meagan says. “It almost looked like we were going to crash, but luckily it turned out to be a really good touchdown. “

The teachers in the 7/8 group are also excited about the SpaceBuzz program. “It’s very intensive, because there is a lot of teaching material,” they say. ,, But the students love doing this so much that every extra quarter of an hour we had in class was spent on SpaceBuzz. So at the request of the students, that says enough.