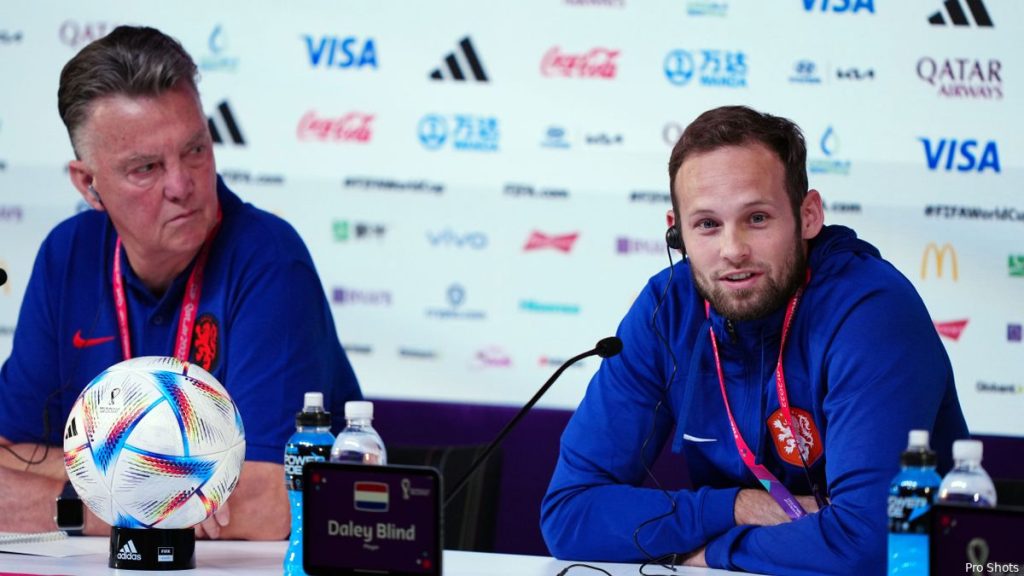 Arnold Bruggink sees a different Daley Blind in Dutch than at Ajax, as he shows World Cup discussion on ESPN. The analyst suspects Louis van Gaal of offering Orange the clarity that is sometimes lacking in Amsterdam.

“Alfred Schreuder sees Daley Blind playing football away – he’s a regular starting player for the Dutch national team – and he sits on the bench at Ajax,” Bruggink begins. “He still feels there’s room at Ajax. There’s no room under Van Gaal. Everyone knows very well what his job is. If you start grumbling about it, you say: we have already spoken about it.

Saturday Blind was always accurate for the Dutch national team against the United States, but Bruggink saw another Ajax player take the lead in the festivities. “It’s often said of Berghuis that he can sometimes be boring when he’s sitting on the sofa, but he was the one leading the way. It’s nice to see and it often says something,” says the former international.

The selection of the Netherlands

Former Ajax player Marciano Vink, meanwhile, isn’t surprised by the involvement of the Dutch national team substitutes. “It’s – I think – a very tight-knit group. How long have they been together? he asks himself. “Once in a while a player comes along and he’s immediately included. You hear from those guys who join us how wonderfully included they have been in this group.