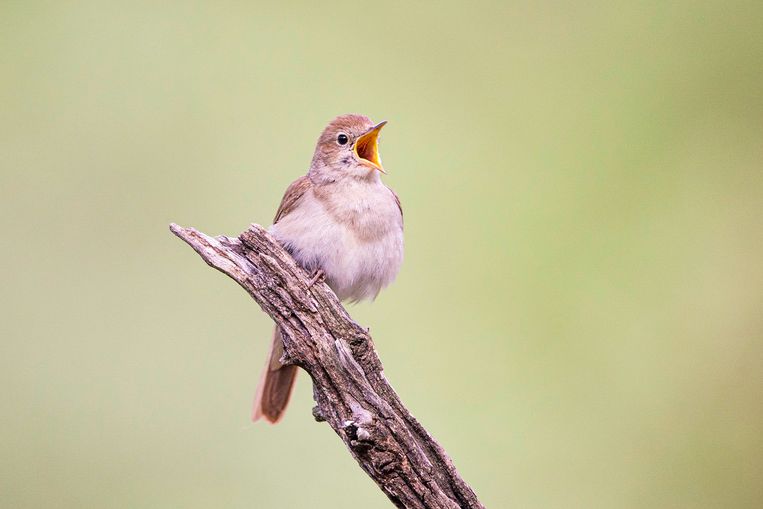 Since sound recordings have not been systematically made in fixed locations during these 25 years, researchers have developed a method to reconstruct the “soundscapes” of the past 25 years. They used “citizen science” sources, such as count data and sound recordings of individual birds (of about a thousand species) from these regions. These recordings were from Xeno singing, a global database where anyone can post recorded bird sounds. For example, the researchers reconstructed the soundscapes of some 200,000 locations for each year, fitting each species in the report count data in the soundscapes. They thus observed a downward trend in the acoustic complexity of “soundscapes”. In other words: in most areas it has become quieter and less varied. Fewer birds chirp, fewer species.

Researchers published their findings Tuesday in the science magazine Nature Communication. They refer to it, among other things, to Silent spring, the title of a book in which the American biologist Rachel Carson exposed the possible consequences of the use of pesticides on nature in 1962. This scenario seems to become more and more a reality with this research.

It is well known that biodiversity – including in birds – is declining around the world. If there are fewer species and numbers, it makes sense that there are also less to hear. However, the association is not so straightforward, write the researchers: “The loss of species such as the skylark or the nightingale, with rich and complex songs, will likely have a greater impact on the soundscape than loss of corvids or gull species, but this will also depend on the number and other species present.

In reconstructions of soundscapes, researchers have looked only at birds. Birds have not been studied by species, and no inventory has been made of how the soundscape has changed by country or location. Other animal species have not been “measured”, but the researchers consider it obvious that with the decrease in biodiversity, the presence of their noise has also changed and decreased. External factors, such as noise from air and automobile traffic and other human activities, were also not incorporated into the reconstructions.

According to scientists, the importance of research lies, among other things, in the well-being of people and the appreciation of nature. According to scientific studies, the “experience” of nature contributes to this well-being. Bird sounds are an important factor in this regard, as many people hear birds before and more often than they see them.

Hans Slabbekoorn, associate professor of acoustic ecology and behavior at Leiden University and not involved in research, calls it “an interesting and correct way of making audible the way birdsong must have sounded ago. years”. Whether the reconstructions are exact in an absolute sense is less important to him: “If you always use the same method, you still get an accurate representation of the trends. You can see a clear downward trend in the patterns that emerge over the years, with less diversity and more consistent soundscapes of birdsong. ‘

Slabbekoorn also mentions the differences between North America and Europe as striking: “It seems that development in Europe has gone faster than in America. I can’t judge how it is. Maybe because there is a lot of cityscapes in the low rated areas. Research has repeatedly shown that traffic noise and light pollution have a major impact on bird populations. ‘