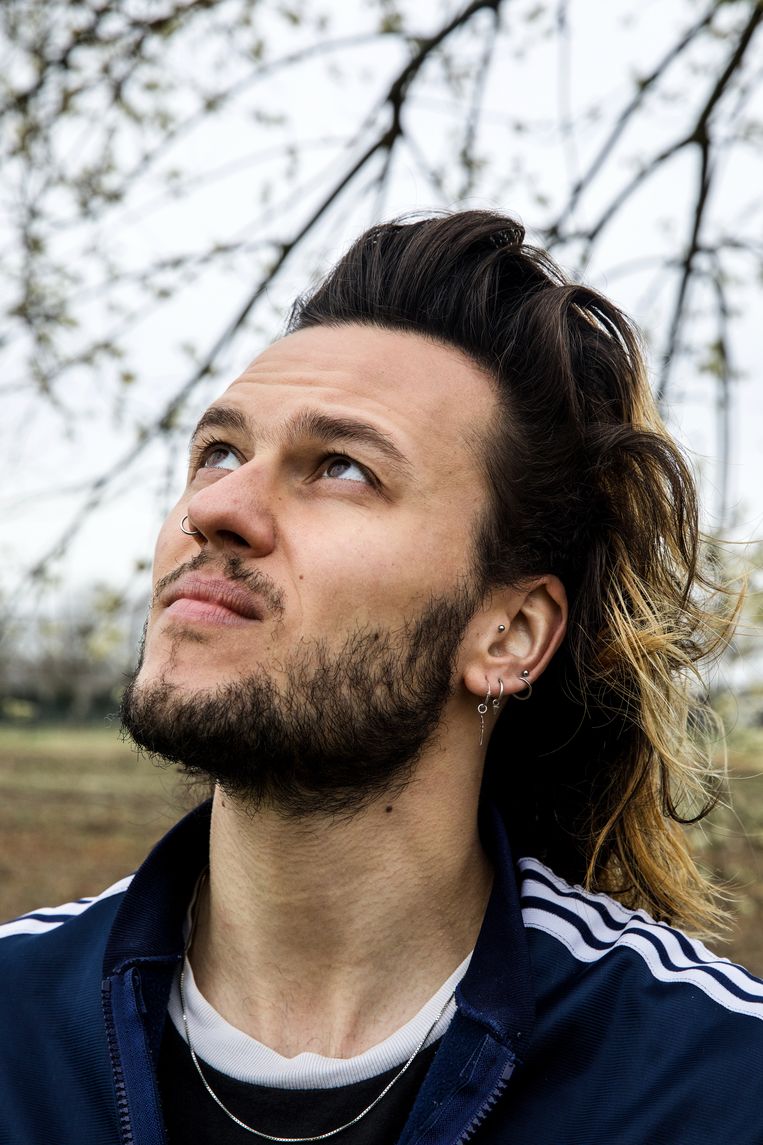 What kind of work do you do?

“The architecture of musical theatre, I sometimes call it. In fact, I always design spaces, in this sense I remain a bit of an architect. Spaces in which people meet to seek harmony, with their voices, their bodies. Each performance is an attempt to find oneself. Sometimes it works, sometimes it doesn’t. »

“I am making a triptych of failures on the relationship between strangeness and Catholicism, in which I install and deconstruct sacred texts. On the one hand I show the beauty of the ritual, on the other hand the hypocrisy of these texts, their normativity and what this excludes. my current performances, Mass Mater Solatalks about the mother figure and how our image of women is still rooted in Christian tradition.

What does the word theater mean to you?

“For me, theater means an encounter and how you shape that encounter. Examples for me are Jerzy Grotowski, Antonin Artaud, makers who returned to the theater as a ritual, to the spiritual dimension of showing themselves on the floor. Also Peter Brook and his ‘free spaceI think that’s a nice definition. Theater is a space where one person is seen by another. You really don’t need more than that. Two people who see each other and a space that holds that.

Where are you inspired by?

“Over the past five years, I’ve done a lot of meditation and voice liberation. I visited tribes in Peru, the Mongolian steppe, Thailand, Greece, Portugal and immersed myself in other ways of using the voice. This is perhaps my greatest source of inspiration at the moment, related to nature and the question of how I want to live and do. How much pressure do you put on the system? How much waste do you produce? And what do you really need for an important theatrical experience? »

What has touched you recently?

“The book The chalice and the blade by Riane Eisler, on the oppression of women and the feminine for seven thousand years. It touched me because it was so brilliant, and also such a cry of hope. You feel that feminine values ​​are gaining prominence, but are also being countered by a backlash. It is certainly a period full of changes. Also with Black Lives Matter and queer activism. This is perhaps what touches me the most. Not a movie or a performance, but these street protests, the connection you feel.

Which living or non-living artist would you like to collaborate with?

“I would love to sing with Meredith Monk, a musical innovator from the 1970s who is still active today. She is a huge inspiration in terms of vocalization and how she creates space with her voice and her performance. She is someone who one who breathes her craft, who uses everything she has and who is always transforming. I find that very inspiring.

Where do you see yourself in five years?

“Then I hope to live in nature, in a house with a rehearsal shed, and do basically what I do now. In a way, I’m already where I want to be. I don’t need much bigger, but more durable. I also build around me a fluid community of performers and designers that I can always invite to a performance or a ritual. Therein lies this desire for connection, for unity between life and work. That you embody what you do, always.

Mass Mater Sola to see from March 23 to 26 at the Cement Festival in Den Bosch. Go if you like: choral music, whistling, dancing with mothers, myths and archetypes, crumbling patriarchy and a bit of glitz.

In Jonge Makers, we feature beginning theater makers. The Flemish performer, singer, composer and director Timo Tembuyser trained as a performer at the Toneelacademie in Maastricht after studying architecture. His new performance will be at the Cement Festival Mass Mater Sola created in co-production with Muziektheater Transparant and Production House Theater Rotterdam.