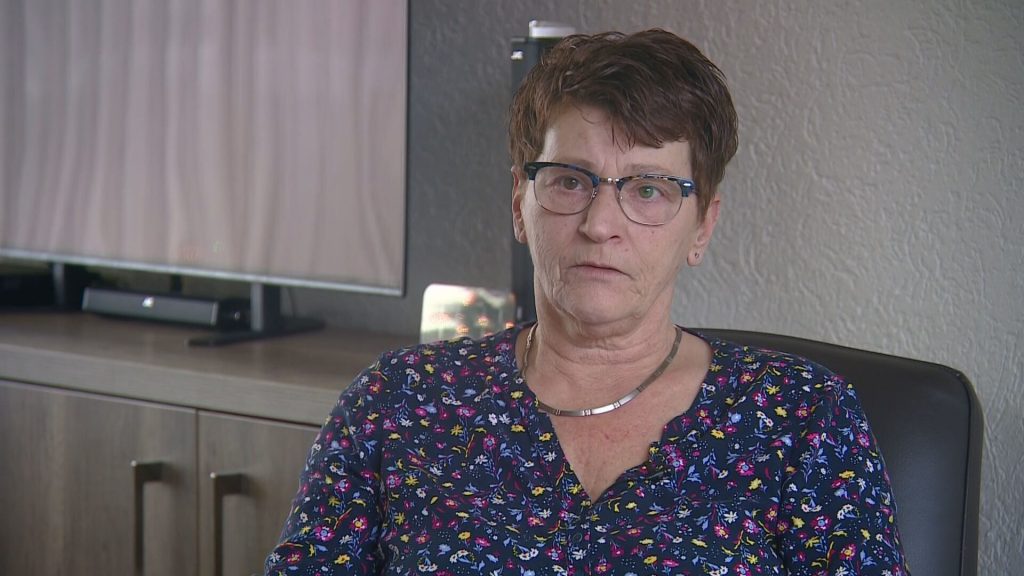 After a fun day with her aunt in ‘s-Gravenzand, Anita van Leuken from Schaijk in Brabant receives the shock of her life on the A2 near Zaltbommel. The driver of the truck in front of her ignores several red crosses and crashes into a roadblock. “The wreckage flew around my car.”

Around 7:45 p.m., Van Leuken returned home with her aunt on Wednesday evening. When they see a red cross near Zaltbommel, in the direction of Den Bosch, it shifts a lane to the left. “There was a truck in front of me, so I’m heading to the middle lane to give it space and slow down,” her story begins.

But to his surprise, the truck does not move forward, it completely ignores the red cross. “He just kept driving. I said to my aunt: “It’s bad, he’s sleeping,” “she remembers. “At some point the third lane is clear, so I’ll drive there. And he kept driving and he crashed into this roadblock. “

Moments before that, the breakdown company and the road inspector, who were watching for a breakdown accident at the time, saw the truck coming towards them. They manage to jump just in time. The road inspector was slightly injured and both were particularly shocked by the incident.

‘Angel on our shoulder’

“Everything goes through your mind: ‘What’s going on here? », Van Leuken continues. “The wreckage flew around my car.” Because she doesn’t want to stop in the middle of the freeway and can’t really change the situation, she decides to drive home. “I took my aunt’s hand because we had an angel on our shoulders anyway. If I had kept driving on the second lane and the truck had started to sway, it would have caught us.

The police left on Wednesday evening In the heart of the Netherlands know that the driver of the truck has been arrested and is being questioned. A report was also drawn up against the driver.

Hart van Nederland is now also on television every morning! From 6.30am to 10.00am we keep you up to date on SBS6 with the latest news from the Netherlands and you will receive the latest Shownieuws. We are there from 7 a.m. to 10 a.m. on weekends.