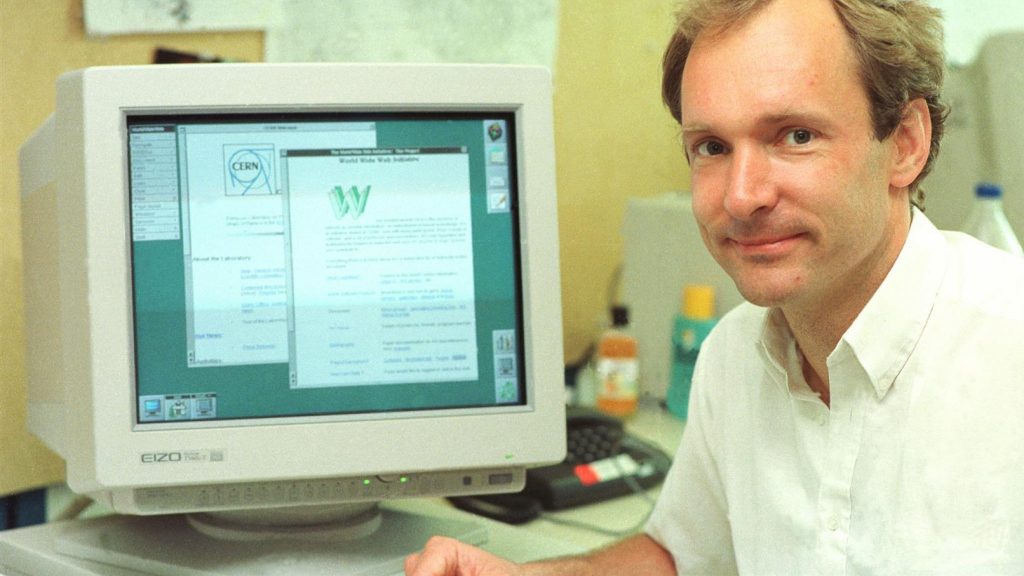 The British creator of the World Wide Web (WWW), Tim Berners-Lee, posted a link to the. August 6, 1991 first website in an online discussion group. The first website was that of the European research institute CERN in Geneva, where Berners-Lee worked.

The physicist came up with the idea for WWW in 1989. “Your proposal is vague but exciting,” replied his boss at CERN. Berners-Lee wanted to connect computers in a new way via the Internet, so that scientific information was more. Before that, Berners-Lee used hyperlinks that linked documents and information. Internet has existed since late 60s, but mainly focused on the exchange of messages between computers.

The Dutch also played a role in the development of the WWW. The third website was in February 1992 that of the Dutch scientific institute Nikhef. Nikhef researcher Willem van Leeuwen previously attended a Berners-Lee workshop. In early 1992 he created a number of scripts to make Nikhef’s information accessible through the WWW.

“It wasn’t until it was installed and I saw it that I understood how it worked,” Van Leeuwen said later. Berners-Lee used his scripts to convince skeptical CERN employees of the web’s qualities.

“No one could predict it would take off like this,” Kees Huyser, a colleague of Van Leeuwen, told RTL Z. Huyser has become the world’s fourth “webmaster”. “When Van Leeuwen asked me to set up a web server as well, I thought that was nonsense at first, because there were all kinds of other information systems already out there. did anyway. ” The site has had no visitors for the first time. “At the time, it was only used internally, by scientists and secretaries.”

It took a few more years for the WWW to really break through with consumers and it was no longer the domain of scientists and computer enthusiasts. The WWW currently has over 1.8 billion pages.

Berners-Lee is still working on the future of the web and regularly voices critical the influence of big tech companies. The 65-year-old scientist is currently working on the project Solid where data is stored in a decentralized manner rather than on central platforms.

The Web pioneer received the title of “Mister” in his own country for his invention.

The original WWW source code was recently auctioned for 4.6 million euros sold as a non-fungible token (NFT), a non-exchangeable attribute that guarantees ownership of digital objects.