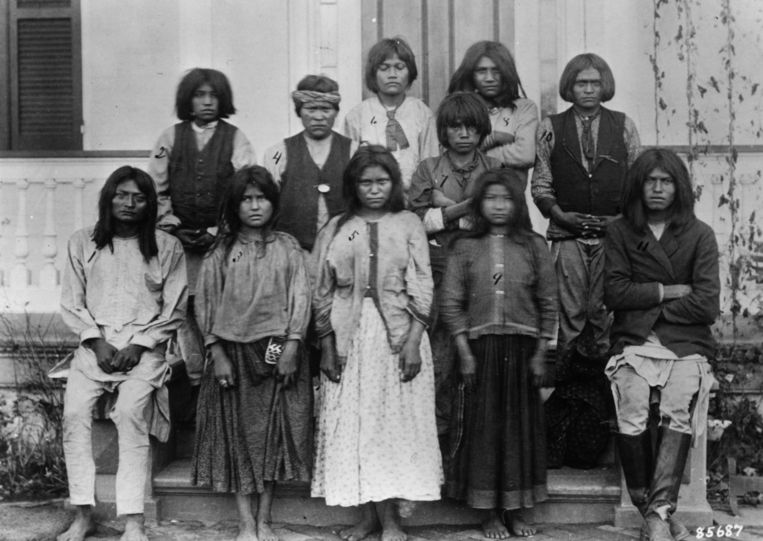 Hollande, who is of Native American descent, announced the research in a speech to the National Congress of American Indians. He says it’s time for Americans to find out what really happened in boarding schools that sent children from Native families to become “real Americans.”

“We need to know the truth about the loss of life and lasting consequences of these schools,” Hollande said. The issue comes after the recent discovery of a mass grave containing the bodies of 215 children at a Catholic boarding school in Canada where tribal children were educated as ‘exemplary citizens’.

In the United States, too, since the Indian Civilization Act of 1819, hundreds of thousands of children have been abducted from their own families and placed in boarding schools where Christian faith has been forced. They were generally forbidden to speak their own language. According to some scientists, more than 40,000 children in 150 years have died as a result of the brutal treatment they received in boarding schools.

At the beginning of the last century, according to Holland, 80 percent of children from tribal families attended boarding schools run by the federal government or religious organizations. He said the split of those families had an impact on the tribal communities that are still felt today.

He cited the example of his own grandmother, who, along with other Native American children, was loaded onto a train and taken to a boarding school, where he felt deeply lonely for years.

Like Canada, he proposed a Truth and Reconciliation Commission to find out what happened in boarding schools, some of which were still educating tribal children in the 1980s.