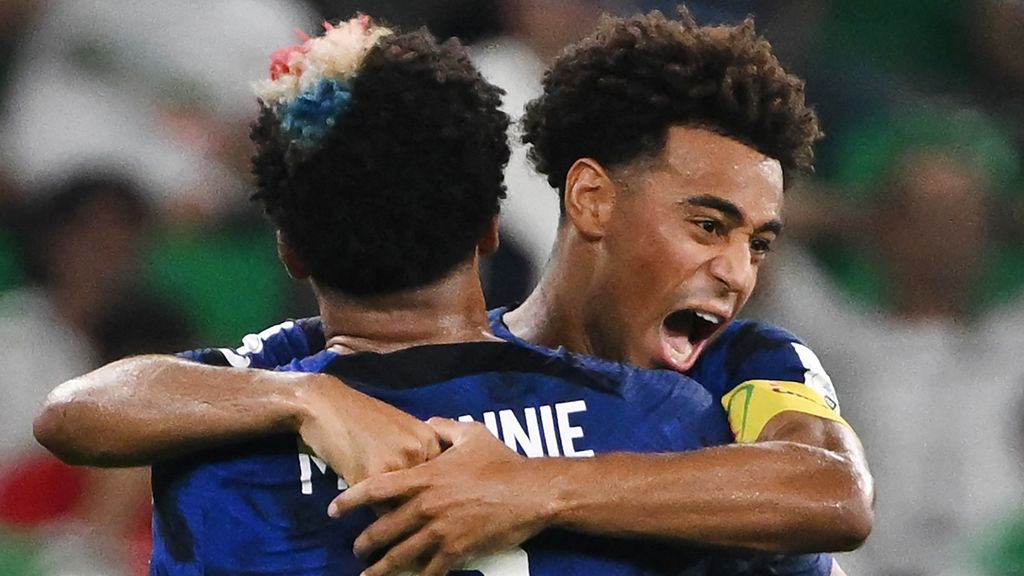 The United States have qualified for the Round of 16 of the World Cup in Qatar. Thanks to a 1-0 victory over Iran, the United States finished in second place in Group B behind England group winner.

The team of national coach Gregg Berhalter is therefore the next opponent of the Dutch national team on Saturday at 4 p.m. Dutch time.

Iran versus the United States: a politically charged line-up at the World Cup. And from a sporting point of view, the stakes were also high on Tuesday evening in Doha. The winner of the match advanced to the round of 16, the loser was eliminated.

In the stands, however, there was little hostility between Iranian and American supporters. Fans happily shook hands and posed for photos together.

They saw that the Iranian players were singing along with the national anthem, like before the second group match, certainly not loudly.

Ahead of Iran’s first game in this World Cup, the players ostensibly kept their lips tight, presumably in protest at the situation in their country. Thereafter, numerous pressures would have been exerted by the Iranian authorities.

First chances for the United States

Playing football, Iran and the United States were tied in the initial phase. The game had its ups and downs, but the first opportunities were for the Americans. After Yunus Musah’s first fine attack, moments later a long shot from Christian Pulisic ends up in the arms of goalkeeper Alireza Beiranvand.

Right-back Sergiño Dest also asserted himself offensively. The former Ajax player grabbed the right side and fired a cross. Goalkeeper Beiranvand barely managed to kick the ball in and thus prevented a great opportunity for the United States.

It was therefore not surprising that the United States took the lead before the break. Christian Pulisic hit a cross from Dest. Iran didn’t respond to the Americans’ play and were lucky they stayed with a goal in the first 45 minutes of the game.

Pulisic puts USA ahead against Iran: 1-0

Pulisic had come into contact with the Iranian keeper with his goal and had to be substituted at half-time. Iran started the second half with two new players and tried to force a goal.

The United States has occasionally been pushed back into its own half. Iran’s goal search created a great opportunity for Saman Ghoddos, one of the substitutes. Goalkeeper Matt Turner managed to save.

Moments later, Ghoddos had another opportunity to level his country. This time, however, his effort flew just the wrong side of the post.

In the final phase, the United States was mostly still in defense. Iran started to play more and more offensively. A draw would have been enough for the Iranians to advance to the next round. Ali Karimi and Mehdi Taremi were still very close to being heroes, but they just couldn’t make it difficult enough for goalkeeper Turner.

The Americans held on and thus secured the knockout stage, just like in their previous two appearances at the World Cup in 2010 and 2014.