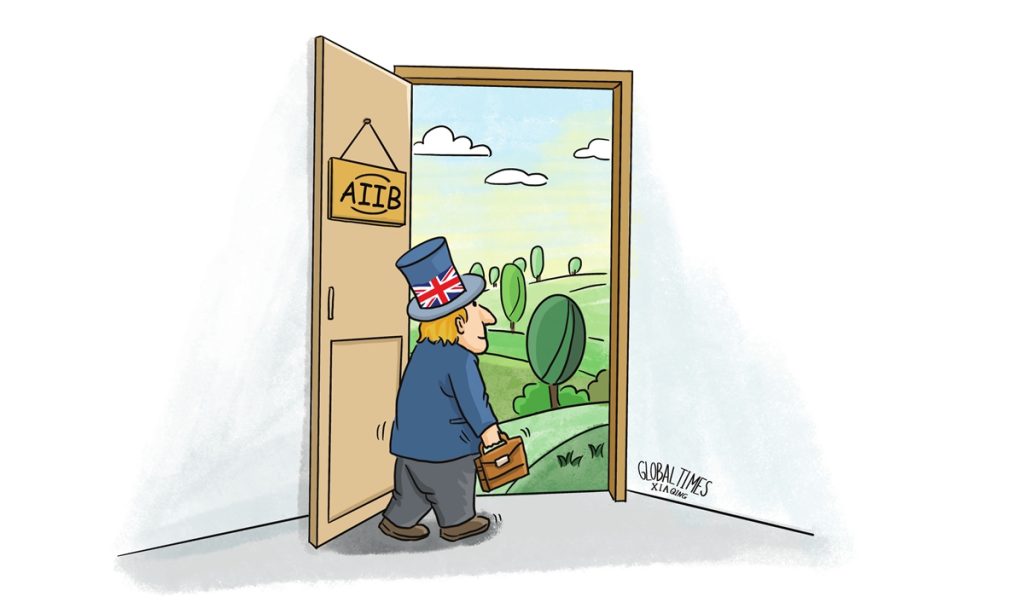 Danny Alexander, former First Secretary of the UK Treasury and Vice President for Policy and Strategy of the Asian Infrastructure Investment Bank (AIIB), sparked a new wave of criticism when he spoke about the UK membership of the multilateral lender. How the Bank delivered the “message of hope” on “Europe-China cooperation, investing in construction projects worldwide”.

Britain’s Telegraph quickly saw the news, saying in an article on Sunday that “British support for China’s global aspirations is worrisome.” The article described the Asian Infrastructure Investment Bank as a “Chinese rival to the World Bank” and said British support for the bank “faces new criticism as it faces allegations of Chinese colonialism”.

They are harsh words about a multilateral bank focusing on infrastructure projects in developing countries. But such accusations are at best pure propaganda and a vicious attempt to undermine global cooperation at worst. China is proposing to create an Asian Infrastructure Investment Bank, but the bank has more than 100 members, including the United Kingdom, Germany and Canada. No honest person would see AIIB only as a project to pursue China’s “global ambitions”.

Against the backdrop of the rapid growth of emerging economies, China is proposing to create a multilateral bank with a strong focus on financing infrastructure projects in Asia, closing the key infrastructure finance gap in the region. This idea has received support from many countries including the UK as it is a great opportunity. For the UK, which has a financially based economy, joining the Asian Infrastructure Investment Bank will help traditional financial power retain its benefits, especially in the post-Brexit period.

The United States has also been critical of the UK’s membership in the Asian Infrastructure Investment Bank. Washington did not hide its dissatisfaction with the choice of London in the first place, saying US officials were “concerned about the ongoing adjustment with China, which is not the best way to harness the growing power.” Financial Times. .

It is safe to say that the UK did not choose to join the Asian Infrastructure Investment Bank. On the contrary, I clearly felt that this was a great opportunity to participate in the critical phase of economic growth for the emerging economies of Asia, which would give great impetus to the future economic growth of the century.

In March 2015 London took advantage of this opportunity and applied to join the Asian Infrastructure Investment Bank. Before it officially opened in 2016. Founding members are the United Kingdom, Germany, the Netherlands, Spain, Austria, South Korea, Australia and New Zealand. Bank.

Despite its strong focus in Asia, diversified banking has not limited its growth within the continent. As of October 2021, the Asian Infrastructure Investment Bank had approved 147 projects with a total investment of over $ 28.97 billion, benefiting 31 regional and non-regional members. It also registers 104 recognized members, 11 of whom are from Africa.

The bank has opened its doors to both developed and emerging economies around the world. Questioning from the Western countries by any member or any project funded by the bank will not hinder the work or speed of the bank.

As China acts as the main engine of global economic growth and shifts the focus of the international economy towards Asia, a change in the world financial system previously dominated by the United States is expected and will be justified and more beneficial to the economy. To build the country. . Emerging economies.

Instead of worrying about weakening the fear or confidence that they will lose their long-term dominance, Western countries like the UK should increase their contribution to the multidisciplinary efforts aimed at improving the Asian infrastructure investment bank and emerging economies, otherwise they will all be singled out.

The author is an editor at the Global Times. [email protected]