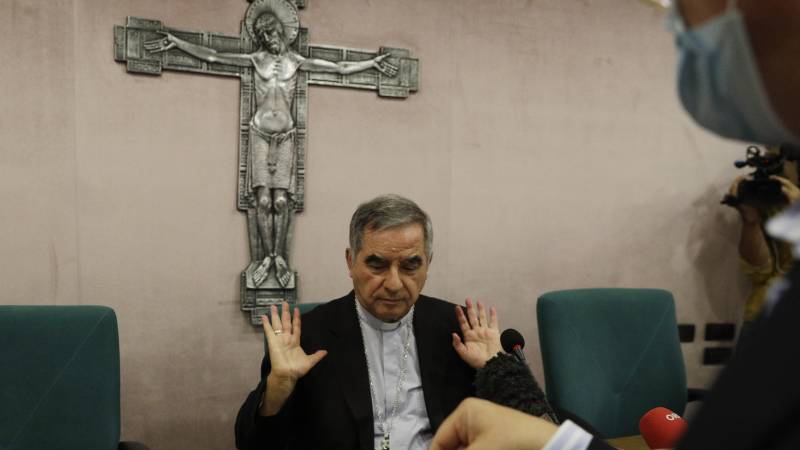 A historic trial opens today in the Vatican. For the first time, a cardinal must appear before the “lay judge” of the mini-state.

And this is not just any cardinal: Angelo Becciu (73) held the third position in the hierarchy of the Roman Curia, the board of directors of the Roman Catholic Church, from 2011 to 2018. There heads the General Affairs Secretariat; freely translates the Ministry of the Interior.

In this position he was involved in the Church’s financial investments around the world to generate income. Apart from donations from the faithful and the sale of souvenirs and publications, only the rental of real estate and entrance tickets to the Vatican Museums bring in money.

In the meantime, salaries and pensions of staff and employees must be paid. Papal envoys abroad and the propagation of the Church’s mission must also be funded by, for example, the Vatican media. Plus the maintenance of the many monuments, buildings and churches belonging to the Church.

Investing money is therefore normal. But between 2014 and 2016, Archbishop Becciu got involved in investing more than 200 million euros in a luxury building in London’s Chelsea district. There, a former Harrods department store building would be converted into chic apartments.

Financial intermediaries would have convinced Becciu and his team that a lot of profits could be made here. To be able to contribute enough, Becciu would have drawn on the money of the Peter medal, the donations of the faithful for the poor, and even in the personal charitable fund of Pope Francis. But the deal went awry, in part because of Brexit, and the money was lost. None of this would be in the books.

The fall of the cardinal

During this time, Becciu has become more important. In 2018, he became head of the Congregation for the Causes of Saints and received his cardinal cap from the hands of the Pope. Two years later, Italian investigative journalists revealed the failure of the London investment and also published how Cardinal Becciu is said to have benefited those close to him for years with Church funds.

As a stinging detail, the story of a flamboyant lady, Cecilia Marogna, who, in her own words, carried out secret humanitarian missions in Africa and Asia on behalf of Becciu. With the hundreds of thousands of euros she received from the cardinal, she allegedly tried to free hostages in collaboration with various secret services. In reality, much of the money turned out to have been spent on expensive clothes and accessories.