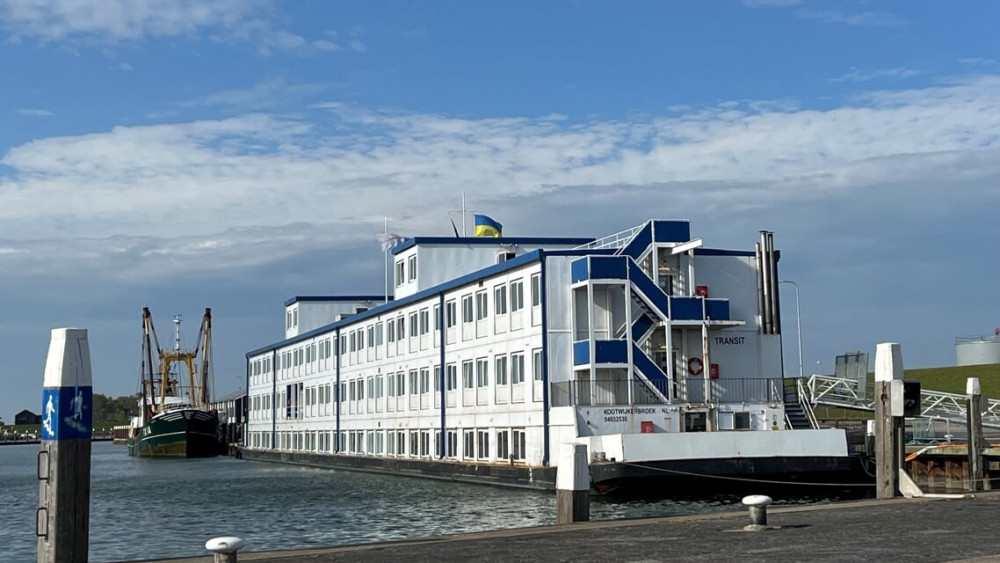 While the pressure on the national reception of refugees increases, the boat in the port of Oudeschild is still not full. The municipality will inform our media partner on request Current Texel. There are currently around 120 Ukrainian refugees on the ship, with room for 220 people.

Among the 120 refugees are around forty third-country nationals (people with a nationality other than that of one of the Member States of the European Union, editor’s note). The current entrances and exits will remain the same for the time being, according to the municipality.

There is no space at Ter Apel, there is still room here. One and one may seem like two, but it’s not that simple. “The issue of refugees is a complex whole. A lot is currently happening and different groups of refugees are distinguished (such as Ukrainians, asylum seekers, status holders)”, writes the municipality in response to questions from the Current of Texel.

“As things stand, the central government is forcing all municipalities to expedite housing for the group of status holders (people who have gone through the asylum procedure and are legally linked to a municipality) who would otherwise come in the municipality in 2023. Texel has already been assigned, it is already housed in. The college is studying the consequences for Texel.

The reception of asylum seekers, people who have not yet followed a procedure, is compulsory at the level of the Security Region. So far, this concerned a group of 225 people. “The North Holland North security region and the municipalities have so far set a good example for the government and complied with the (so far somewhat voluntary) call for housing from 225,” according to the municipality of Texel.

“In our region, for a period of one month or more, the municipalities of Schagen, Koggenland, Hoorn, Heiloo, Alkmaar and Bergen have received this group so far. It should also be noted that the municipalities of Den Helder and Dijk en Waard have a permanent center for asylum seekers,” the council wrote.

Le Courant de Texelse recently received many questions about Texel’s participation in the reception of refugees or asylum seekers. The questions came after male third-country nationals were also placed between women and children on the boat.

The municipality says: “Texel has no say in status holders. As for Ukrainians (and other people residing in the country at that time), it is also not possible to have a say in the group of asylum seekers who are temporarily accommodated, but because these are determined by security region. If they were again allocated compulsorily, it would not be solidarity with the other municipalities in the region if Texel did not think of it at least.

All this has been the situation for a week, following the decision of the cabinet. Until then, the reception of Ukrainians, status holders and asylum seekers was an explicit wish (which was supported financially), but not an obligation.