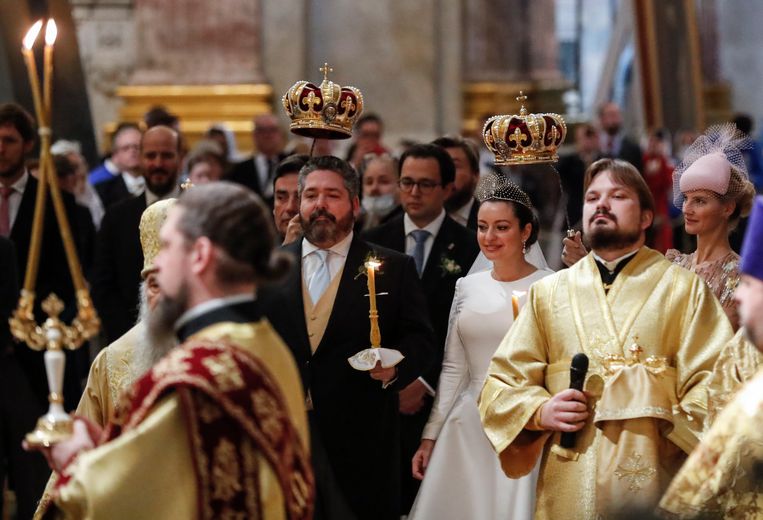 The Romanovs are back. At least that’s what some felt when George Romanov, a distant descendant of the Russian Tsar family, married his Italian fiancee Rebecca Bettarini a few days ago at St. Isaac’s Cathedral in St. Petersburg.

It was the first “royal” wedding in Russia since the revolution of 1917. And it was celebrated with luxury; no less than 1,500 guests were invited, including some members of the royal family from Belgium, Spain and Liechtenstein. The Fabergé family of jewelers, who became famous for the recognizable golden eggs, designed the very expensive wedding rings.

The ceremony contrasted sharply with the way the Tsar family was vilified during the Communist era. The last Tsar Nicholas II was assassinated by the Bolsheviks in 1918 with his family. But since the collapse of the Soviet Union, many Russians look to the bygone era of the monarchy with nostalgia and renewed admiration.

“Long live Tsar Putin, because democracy is a joke: oligarchs with money dictate what to do – also in the Netherlands or the United States”

Konstantin Malofeev is an outspoken monarchist, creationist and nationalist. In Russia, he is known as the “Orthodox oligarch”.