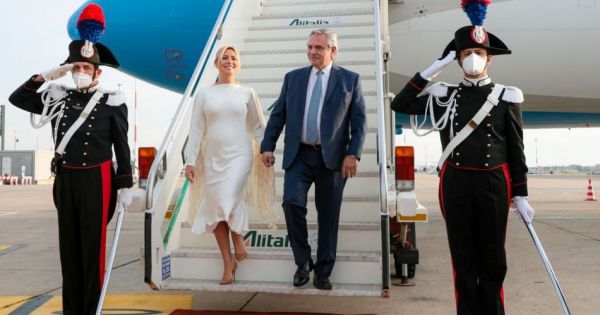 Argentine President Alberto Fernandez arrived in Rome on Friday to attend the G20 summit. But while in the Italian capital, he will hold other meetings, such as a meeting with IMF CEO Kristalina Georgieva to further discuss the country’s $ 44 billion debt repayment.

Fernandez will begin his agenda with a meeting with Georgia in Rome on Saturday, but he will also hold other meetings with leaders of Germany, Spain and the European Union.

However, he will not meet his comrades Pope Francis of Argentina this time.

Guzman has already met with Georgia and Maxima and other finance ministers who attended the event.

Fernandez hopes the G-20 summit will end with a statement in support of reducing the so-called “high fees” imposed on countries that have received more than their contribution to the IMF, as in Argentina. The Argentine government wants to reduce the surcharge from 3% to 1%, saving $ 900 million a year.

The Argentine president hopes to return to Buenos Aires with a document signed by key world leaders recommending a third line with longer maturities than the current one. It will act as a “flexible fund” that will serve as a key to extending Argentina’s tariff terms beyond the current allowed 10 years, following the liberation of Argentina’s economy by former President Mauricio Macri. The Argentine delegation hoped that an agreement would be reached by the end of this year.

The Argentine president was keen to meet with US President Joseph Biden, but diplomatic sources say that was not possible when he was in Rome. But Glasgow did not back down.