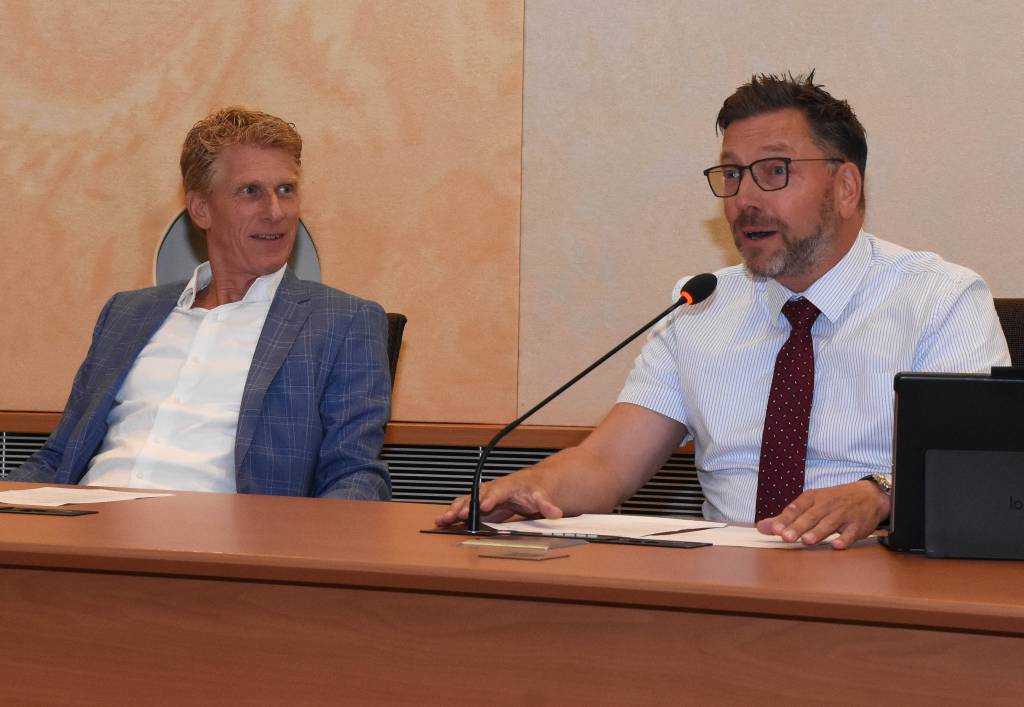 MAASHORST – The new municipality of Maashorst looks forward to a financially healthy future, say Uden Alderman Franko van Lankvelt and Landerd Mayor Marnix Bakermans. The two administrators indicated this on Tuesday afternoon during the presentation of the draft joint budget of the municipality of Maashorst 2022. The total budget of the new merged municipality of Landerd and Uden amounts to approximately 160 million euros. euros. About one million euros is available for the new policy of the newly formed city council, which will be elected on November 24. On October 7, the municipalities of Landerd and Uden will receive an explanation of the draft budget.

“This budget can be seen as a financial transfer document,” says Uden Finance Alderman Franko van Lankvelt. “We have included all (financial) developments known to date. Apart from these already known developments, many cases had of course already been initiated from the previous budgets of the two municipalities ”, adds Mayor Marnix Bakermans to his colleague from Uden.
“It is also good to point out that the merger of the two municipalities will not lead to an increase in the burden on our residents and that a structural space of 500,000 to 1 million euros is available to further fill the new council” Bakermans said. keep on going. “This allows the new municipality of Maashorst to continue to develop”.

Basis for a new coalition agreement
After the municipal elections in November, elected officials and administrators will work on a new coalition agreement. This draft budget is an important document for the political choices that will be made. A new policy and resource assessment will then be translated financially into the final budget of the Maashorst 2022 program. Important themes are identified in the future vision of the Municipality of Maashorst, which was developed with residents, organizations and entrepreneurs. For example, the inhabitants find the diversity of the villages, the green and hospitable character and a pleasant living environment with good infrastructure important. But also a good tailor-made organization and a healthy business climate for entrepreneurs. These and other topics were explored in depth by the economy, care, rural areas, housing and participation vision groups. They provide basic elements which can guide the new policy of Maashorst.

Ongoing projects
In recent years various decisions have been taken in both the Landerd and Uden which are or are in the process of being implemented, and have been included as such in this budget. Think about:
 Construction of the village house in Zeeland
 Preparation and realization of Sports and Games in Reek
 Preparation for the implementation of the environmental law
 Overhaul of the Violierstraat and adjacent roundabouts, Uden
 Go back to N605 / Zeelandsedijk
 Realization Aldi Reek
 Reconstitution N264
 New construction of Aventurine and De Klimboom primary schools
 OHV the Wide World Expansion Play Learning Center and OLP
 Uden Vision Implementation Center
 Wapen van Reek renovation preparation
 Development of the De Maashorst nature reserve
 Renovation of the De Eeght Schaijk sports hall
 Develop housing in several village centers
 Municipal organization of housing in one place Uden

Schaijk obtains the renovation of the Eeght. What a party .