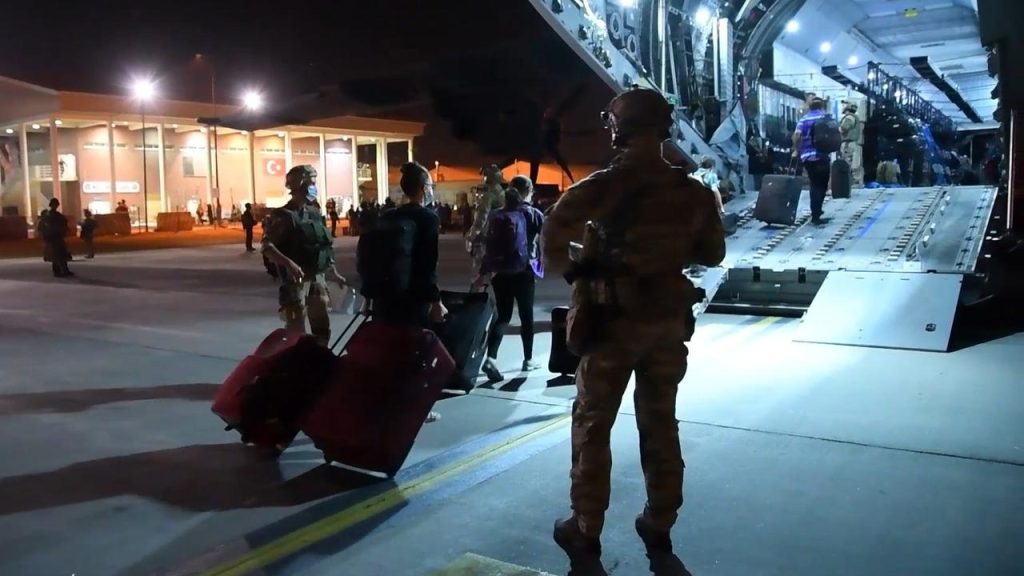 The Netherlands has fared less well than other NATO countries, such as Canada and the United States, in evacuating Afghans. This is according to research by Dutch scientist Sara de Jong, who works at the University of York, UK. “The Dutch government has assumed distrust of Afghans,” De Jong told NU.nl.

Posted on Wednesday report De Jong compares the different ways in which eight NATO countries handled the refugee crisis in Afghanistan, where the Taliban unexpectedly took power in August 2021. Thousands of Afghans then tried to leave the country, which which led to chaotic situations at the airport in the capital Kabul. Among them were many Afghans who had participated in the NATO mission in the country or worked in embassies.

The report shows that NATO countries had not aligned their policies towards former Afghan employees. As a result, Afghans who faced the same risk were treated differently by each country.

The Netherlands is not doing well compared to other countries. According to De Jong, the evacuations only started late, and only with interpreters who met strict criteria. For a long time, these performers and their families did not know where to turn. They also had to demonstrate who they were, which proved to be a huge bureaucratic hurdle for many, as they had often been known to the Ministry of Defense for years.

De Jong’s report follows a first evaluation by Leiden University, published in January. This established that the pace in the Dutch government “has not been high for a long time” and that the process at the Immigration and Naturalization Service (IND) “has lengthened a bit”.

In February appointed the cabinet set up a committee to investigate the chaotic evacuations. The results will be presented to the House of Representatives in May 2023 at the latest.

The Netherlands has set up a useless bureaucratic mill

According to De Jong, Dutch policy was characterized from the outset by distrust of applicants for residence permits. According to her, an unnecessarily complex bureaucratic mill was set up in the Netherlands, in which the Afghan interpreter was not central and the IND employees functioned as “gatekeepers who hardly let anyone through”.

The bureaucratic attitude of the Dutch authorities towards interpreters before the fall of Kabul made evacuations unnecessarily difficult. “Before August 2021, it was safer, easier and cheaper to get a passport,” she says.

De Jong also criticizes the fact that the Netherlands does not allow Afghans, who have often worked for years for the Dutch army or the Dutch government, to bring more family members (such as parents or unmarried sisters, who often lived at home) with them. A country like Canada pursued a much broader policy in this regard. Additionally, countries like the UK, US, and Australia immediately grant their former employees permanent residency permits. In this way, people gain certainty about their future, while the Netherlands initially issues a residence permit for five years.

One of the big mistakes made by the Dutch government, according to De Jong, is to close the possibility of applying by e-mail to be transferred to the Netherlands. She calls it a “panic reaction” that makes it impossible to evacuate Afghans who have often worked for years for Dutch organizations or the Dutch government and are still in Afghanistan.

“Allow Afghans who have not yet been able to present themselves”

“Now it seems the matter is under control. The Chamber is receiving neat tables showing how many candidates have already been transferred and how many are still in Afghanistan,” De Jong said. “But it’s a false certainty.”

“In reality, many Afghans are still entitled to evacuation according to the original motion of D66 MP Salima Belhaj, but they can no longer show that they want to be evacuated. This mistake must be corrected and Western ideals during years and are now in a difficult position.”

De Jong also hopes that the Netherlands will always welcome Afghans warmly. She wonders why Prime Minister Mark Rutte has never visited Afghan interpreters and guards and why a 31-year-old former interpreter’s scholarship application was rejected because the maximum age for such a scholarship is 30 year. “Didn’t these people work for years to guide the Dutch army in Afghanistan through dangerous situations?”

It designates a country like the United Kingdom, where the government’s campaign A warm welcome started and the British Ministry of Defense also separates the campaign A new hopesomething that never started in the Netherlands.