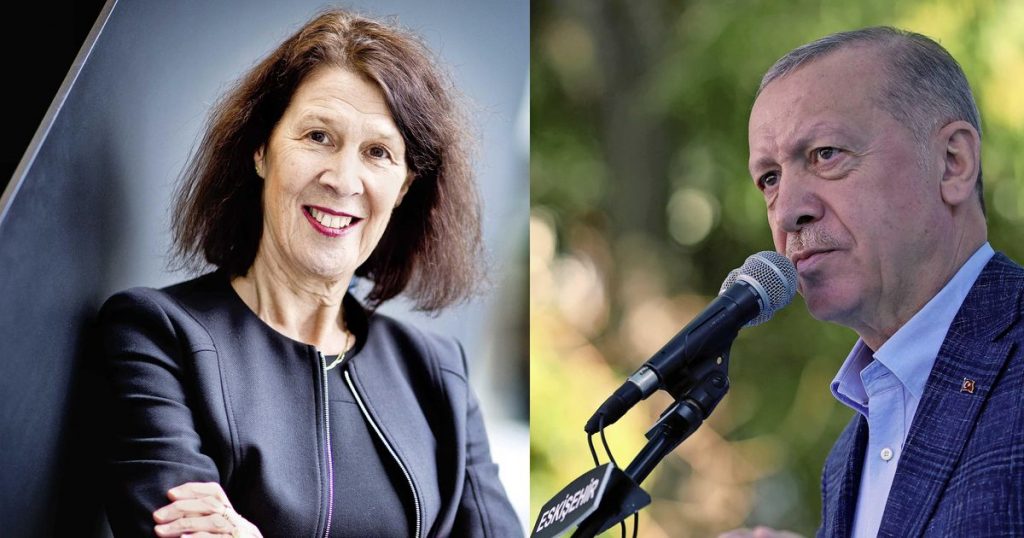 The ten countries had called on Turkey to comply with a ruling by the European Court of Human Rights and release Turkish businessman and philanthropist Osman Kavala, and the ambassadors were summoned to the Turkish ministry on Tuesday for this. . In addition to the Netherlands, Canada, Denmark, Norway, Sweden, Finland, New Zealand, the United States, France and Germany have also signed the call for Kavala’s release.

In a joint statement, they said on Monday that they respect Turkey’s internal affairs. The statement can be seen as a salute to Erdogan. Turkish news agency Anadolu Agency reported on Monday that Erdogan “welcomes” the countries’ statement and that the ambassadors may remain in office.

Among the ten ambassadors is the Dutch Ambassador De Kwaasteniet. “The Netherlands adheres to Article 41 of the Vienna Convention,” she wrote in an explanation on Twitter. Under article 41 of this pact, diplomats must respect the applicable laws and regulations of a host country and must not interfere in the internal affairs of that country.

Alms to the Turkish regime provoked furious reactions in the House of Representatives. “A painful demonstration,” says Ruben Brekelmans, member of the VVD. “Erdogan barks and ten countries pull back with their tails between their legs. I understand that we do not want to escalate the quarrel with Turkey any further, but this response is a sign of weakness. “

Labor MP and former EU rapporteur for Turkey Kati Piri speaks of an “embarrassing demonstration”. “Ambassadors threatened with expulsion now declare that they do not interfere in Turkey’s internal affairs. The world upside down.

Involvement in the foiled coup

Kavala has now been in prison for four years. Last year, he was acquitted after a life sentence for funding protests in Istanbul in 2013, but was immediately charged with involvement in the foiled 2016 coup.

The European Court ordered Erdogan’s government, which activist Kavala criticizes, to release him in December 2019. The Strasbourg court says he is being held in order to silence him.

The Council of Europe’s Committee of Ministers, which oversees the implementation of human rights court rulings, announced last month that it would open criminal proceedings against Turkey if Kavala was not released before its next meeting on November 30. The consequence of this could be that the country’s voting rights and membership could be suspended in the country’s organization which monitors democracy and human rights.