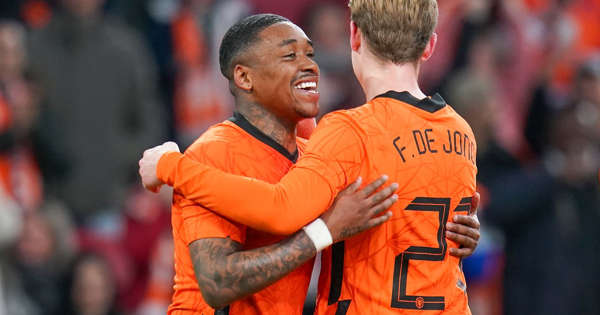 © ProShots
The Netherlands overtake Denmark and must hope for Portuguese failure

Prior to this international game, Orange had a very slim chance of entering Pot 1 in the World Cup draw on April 1. Still – even after victory over Denmark – it’s realistic to expect the Netherlands to miss out on top group status, but the mousehole to Pot 1 is getting bigger and bigger.

Belgium, Brazil, France, Argentina, England and Spain have accumulated such a large margin that they can already be entered in the composition of Pot 1. The host country, Qatar, is also the ‘one of best seeds†

Below, Portugal is in pole position. The South Europeans lead the group when they face North Macedonia in the play-off final on Tuesday. High-ranking Italy has already fallen down this path and Mexico and the United States tied in a draw overnight Thursday-Friday.

If Orange wants to profit from a possible Portuguese failure, it must keep Germany and Denmark under its control. With Saturday’s victory, the Netherlands have at least passed the Scandinavians. Orange was already above Germany, the opponent in Amsterdam on Tuesday. The margins are so small that a loss against Die Mannschaft fatal in this regard.

The Danes will train against Serbia on Tuesday and then have the chance to increase their tally. There are countless other scenarios. The pot layout will be announced on March 31, the day before the World Cup draw.