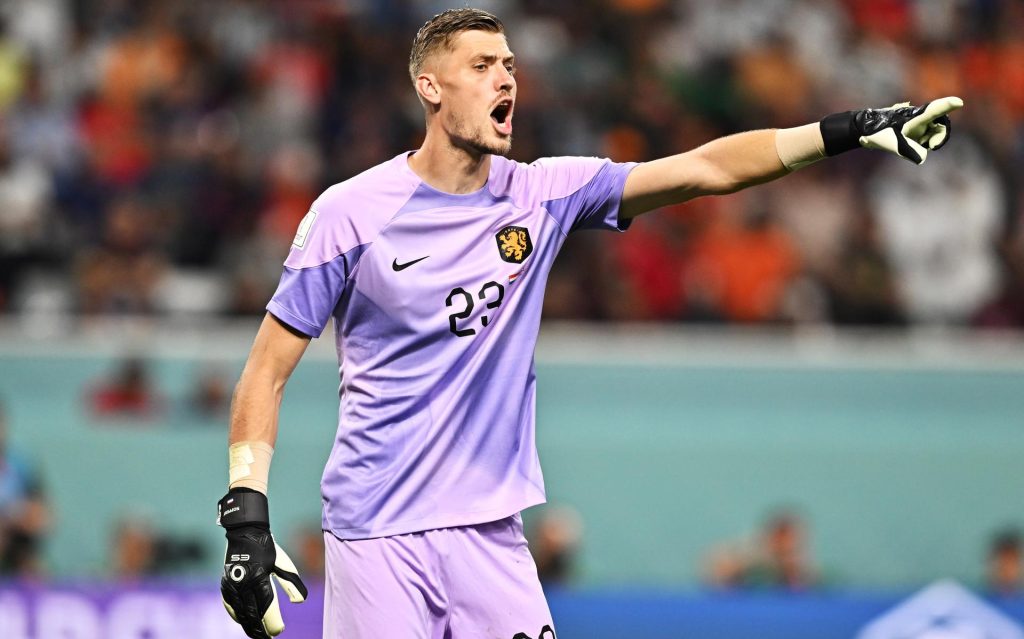 Orange reached the quarter-finals of the World Cup for the seventh time in history. In the round of 16, an efficient and controlled Dutch team beat the United States without too much trouble.

It became 3-1 thanks to orange goals from Memphis Depay and Daley Blind, the two Dutch internationals who were also there in 2014, and the excellent Denzel Dumfries. National coach Louis van Gaal’s side will face the Argentina-Australia winners at the Lusail stadium on Friday at 8 p.m. Dutch time. This match will be played later on Saturday.

The Dutch national team played the first World Cup knockout game since the semi-final elimination of the World Cup against Argentina in 2014, also under Van Gaal, at Khalifa International Stadium in Al-Rayyan. The battle for third place was won against Brazil, but lean years began and unsuccessful qualifications for the 2016 European Championship and 2018 World Cup were completed under national coaches Guus Hiddink, Danny Blind and Dick Advocaat.

In the 2020 European Championship, which ended in 2021, Orange went through the group stage under national coach Frank de Boer, but immediately found their Waterloo in the round of 16 against the Republic Czech. This time expectations were not high for the encounter with the United States, based on the unconvincing game of the group stage, although the Dutch national team, with 7 points, with England and the Morocco, was among the teams that took the most points in the first phase of the tournament competition.

Against America, the Dutch national team showed the quality of the team at times. The Dutch had only been close to the American goal once when Van Gaal’s side suddenly launched a smooth attack over no less than twenty drives on the mat and quickly capped it off with the opening goal. The last station after Denzel Dumfries’ right center out was Memphis Depay.

The striker who was sidelined for two months ahead of the World Cup due to hamstring issues and saw how many minutes he had accumulated during the group stage. After the match against Qatar, Memphis indicated that the medical file could be closed and that no questions about his physical condition should be asked.

With his goal in the 10th minute, Memphis took his total goals tally for the Dutch national team to 43, knocking Klaas-Jan Huntelaar off the list of all-time top scorers. Only Robin van Persie (50 goals) is still above the Barcelona striker. The goal marked the former PSV player’s third goal in a World Cup final round, as he was also there in 2014 and then netted against Australia and Chile.

The header was against the scales, as the initial phase had been for national coach Gregg Berhalter’s team. Already in the third minute, the American team had a mega chance to open the scoring. The offside trap at the Orange didn’t open properly as Daley Blind got stuck a few yards behind him so Christian Pulisic, who had been cleared, came face to face with Andries Nopert. The Marum goalkeeper made a fine save, his best save of the tournament.

The stars of the party

Despite the pelvic contusion he suffered against Iran, Pulisic appeared at kick-off, no doubt with a heavy dose of pain relief. Weston McKennie, playing with the Stars and Stripes haircut, was also able to debut. Instead of Josh Sargent and Cameron Carter-Vickers, Walker Zimmerman and Jesus Ferreira starred this time around.

Van Gaal had sent the same XI as against Qatar and therefore turned a deaf ear to Memphis’ comment that he preferred to play up front with Steven Bergwijn with Cody Gakpo behind. The national coach simply selected Davy Klaassen as the most attacking midfielder. “Usually the coach chooses his team and that’s not always the case with Louis van Gaal,” the national coach previously said.

Where the American team had shown the best football until 1-0, it was also the case after the first goal. The Orange left the initiative to the Americans and retreated into a closed defense to look for an attack from there. In this way, Gakpo cleared Daley Blind, who had come, but his shot missed the target. Possession percentages weren’t Dutch with only 33% possession for the Orange, but the American dominance didn’t provide any opportunities. The most dangerous moment was a very hard shot from Tim Weah, the son of former Liberian star George Weah, which Noppert saved.

For example, Orange appeared to enter the break with a 1-0 lead, but at an ideal moment, just before the dressing room visit, there was another strong attack from the Dutch national team, which quickly made it 2-0. The assist again came from Dumfries, who was well saved by Davy Klaassen, and found Blind from the back line around the penalty spot. His shot seen was too powerful for American goalkeeper Matt Turner (2-0). Blind took to the couch to celebrate his goal and had a father-son moment with assistant national coach Danny Blind.

Van Gaal made two changes for the second half. Marten de Roon was replaced by Teun Koopmeiners, while the fast Bergwijn replaced Klaassen, moving Gakpo to number ten. The second half started brightly with chances for Tim Ream (his effort was cleared from the goal line by Gakpo) and Memphis. Moments later, Memphis was dangerous again with a shot that Turner hit just under the crossbar.

Van Gaal made two changes for the second half. Marten de Roon was replaced by Teun Koopmeiners, while the fast Bergwijn replaced Klaassen, moving Gakpo to number ten. The second half started brilliantly with chances for Tim Ream (his effort was cleared from the goal line by Gakpo) and Memphis. Moments later, Memphis was dangerous again with a shot that Turner hit just under the crossbar.

The pipe seemed empty in the United States, which had given a lot for a long time, but suddenly nonchalance crept into Orange’s game. Memphis gave hope to the Americans with a bad back pass, captured by Haji Wright (ex-VVV). His effort was taken off the goal line by Dumfries, much criticized earlier in this World Cup but playing strong this time. Right after that, Memphis opted for an artistic heel strike instead of controlling and holding the ball, allowing Team USA to counterattack. Wright inadvertently kicked the ball in such a way that it sailed over the 2.03-meter-long Noppert (2-1).

With nearly fifteen minutes of official game time remaining on the clock, it was completely a game again. But there was also room to attack and in the 80th minute it was Dumfries who finally decided the match after an excellent cross from Blind (3-1). The old-school winger’s sixth orange goal playing abseiled. Quickly, Van Gaal decided to replace the tired Memphis with PSV player Xavi Simons, who thus made his debut for Orange.