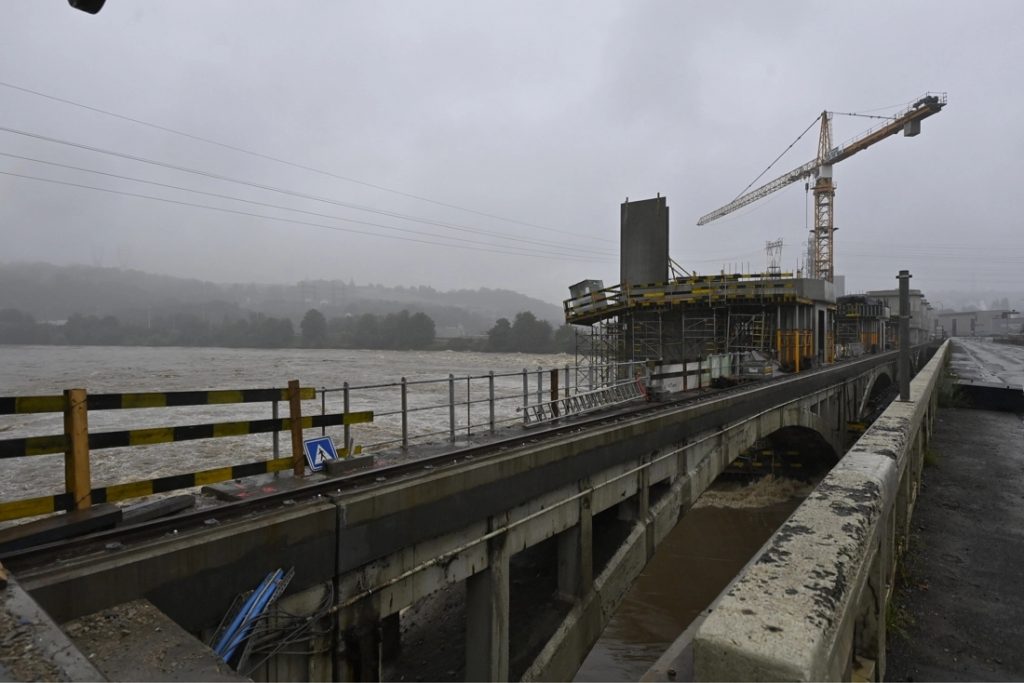 The residents of the Meuse in Limbourg are crossing their fingers that the Monsin dam, near Liège, is erected. Otherwise, disaster threatens Maasmachelen, Lanaken and many other Maas in Limburg.

All the municipalities of the Meuse du Limbourg will proceed with the evacuation, the governor of Limburg Jos Lantmeeters confirmed Thursday evening. In Liège, the Meuse has already overflowed its banks. But they are also holding their breath in Limburg. The role of the Monsin dam is crucial in this regard.

The Monsin dam, which is located just after Liège in the direction of Maastricht and Lanaken, has been under construction for some time. The complex has been renovated for two years now. The dam is closely watched. Because in case of failure, the situation in Belgian and Dutch Limburg will become even more worrying than in the worst-case scenario which is now taken into account.

“The Albert canal could also be flooded then”

“If the Monsin lock breaks, we don’t know what the consequences will be. The Albert Canal also threatens to be flooded, ”says Lantmeeters, who calls on affected residents to err on the side of caution and seek safer places.

Due to the heavy rains of recent days, flows on the Meuse are historically high. Forecasts indicate that the situation will only get worse. Possible flow rates are predicted up to 3,750 cubic meters per second, which has not happened for 100 years.

According to the governor, the highest water level is expected at 3 a.m. this evening. “This could be a peak for which levees are not designed,” he says.

In Maasmechelen the evacuation of the inhabitants of Meeswijk, Leut and Vucht-dorp has already been announced on Thursday evening. A little later, the municipality also reported a compulsory evacuation in A cat at Boorsem. People who cannot visit family or friends can go to the cultural center.

In Lanaken there is a compulsory evacuation in Smeermaas. The police warn all the inhabitants of the streets to be evacuated: the Maasdijk, the Sapstraat and the Brugstraat until the connection with the Zuid-Willemsvaart. All affected residents are taken care of in the OC Smeermaas Youth Park.

For Dilsen Stokkem This is the mine subsidence area. It is an area of ​​over thirty city streets. People can go there in the Dilsen gym.

In Maaseik residents of the Maaseik sub-municipality – especially those in lower areas, such as Heppeneert, Aldeneik and other neighborhoods – are urged to voluntarily evacuate. There may be an obligation for some neighborhoods later, according to Mayor Johan Tollenaere (Open Vld).

In Kinrooi according to the latest information, the expected rise of the Meuse remains within the height of the dike. Municipal services remain vigilant. A voluntary evacuation is always possible, reports the city council.