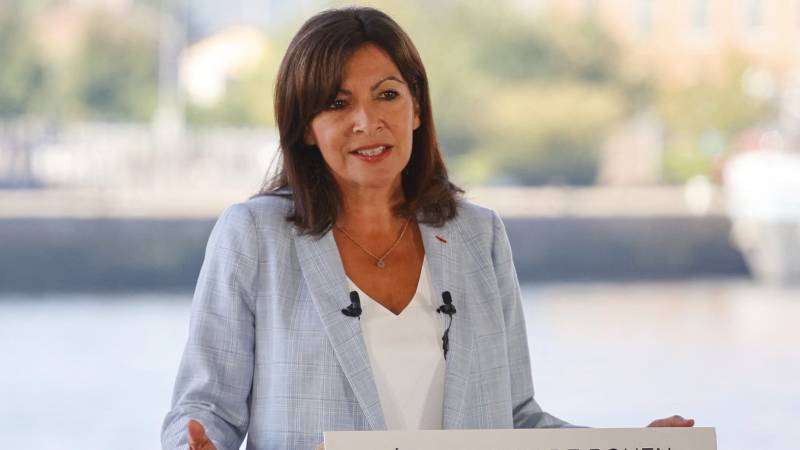 Anne Hidalgo, the socialist mayor of Paris, has officially announced her candidacy for the French presidential election in 2022.

Hidalgo announced his candidacy in the city of Rouen, in Normandy. “Because I know the problems of our time and want to offer hope, I have decided to run for president,” Hidalgo said. She says she wants to promote a green economy, the reindustrialization of declining industrial regions and better education, among others.

According to various media, it was Hidalgo’s strategic choice to choose Rouen for its communication. She wants to show that she is not just a candidate for the Parisians. In addition, Rouen is a city that is committed to sustainability and greening, precisely the themes that are also important for Hidalgo.

Hidalgo, 62, has been mayor of Paris since 2014. She is known as a leftist, and more precisely as a green mayor. Under his leadership, for example, the speed limit in the capital was reduced to 30 kilometers per hour.

The last socialist president of France was François Hollande, who was very unpopular when he resigned in 2017. After his presidency, the socialist party suffered a serious defeat in the legislative elections. Left parties in France are also strongly divided. Perhaps Hidalgo, like Hollande, a member of the Socialist Party, can provide links between the left.

savior of the left

“Hidalgo is often presented as the hope of the divided left, someone who can unite parties,” France correspondent Eline Huisman said. “But if you look at the polls, it’s going to be difficult.” According to the latest polls, organized before Hidalgo’s announcement, it would attract around 8% of voters.

“A few months ago, there were still a lot of voices on the left to propose a single candidate,” Huisman explains. “But that doesn’t seem to be happening yet. Besides Hidalgo for the Socialist Party, other left-wing parties have also put forward their own candidate, or will do so in the internal candidate elections in the coming weeks.”

Today, right-wing populist Marine Le Pen also began her campaign. In Fréjus, she said she wanted to defend “French freedom”. Current President Emmanuel Macron has not yet officially announced his intention to run for president, but he is expected to participate.

The first round of the presidential election will take place on April 10.