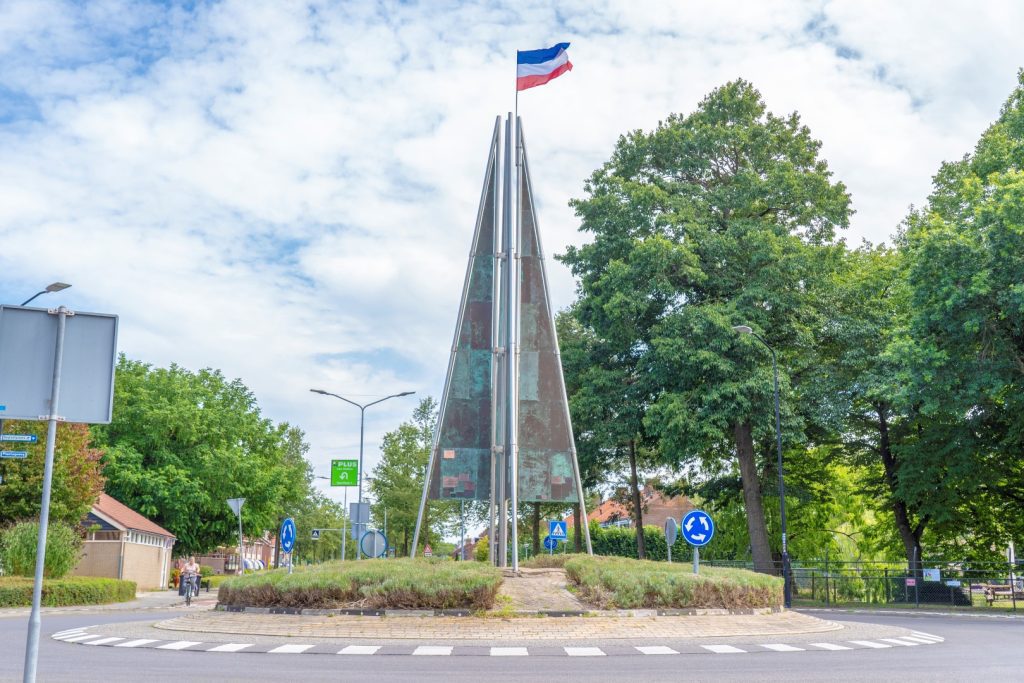 ALBLASSERDAM – The protest flag that was placed on the artwork The four cardinal points of the Randweg / Plantageweg roundabout in Alblasserdam can remain suspended for the time being. Mayor Jaap Paans and the municipality of Alblasserdam will announce this on Saturday July 30, 2022 via Twitter and the municipal website. The Dutch flag was tied upside down at work last Wednesday. The flag was removed Friday afternoon, on behalf of the municipality, and a new flag was hung Friday evening. “It was a difficult decision because the municipality itself is not a party to the conflict and wants to remain neutral,” the municipal statement said.

The municipality of Alblasserdam further reports: “At the same time, we have noticed that several inhabitants of Alblasserdam want to show their support for the farmers. The municipality wants to provide space for this need – within the framework of the right to demonstrate. Life safety when applying and removing flags at great heights also plays a part in this consideration.

“The nitrogen problem is a problem throughout the Netherlands,” says Mayor Jaap Paans of Alblasserdam. “It affects people and emotions are high at times.” It calls for calm and respect. “There are also people in our village who openly support the farmers. Others reject the inversion of the Dutch flag. Treat everyone with respect. Together we are Alblasserdam. We give each other the space to share our opinions in a reasoned way.

The mayor would like to speak to the protesters who hung the flag on the artwork. “I would like to make practical agreements with them within the framework of the legally established right to demonstrate.” You can make an appointment by sending an e-mail to [email protected] 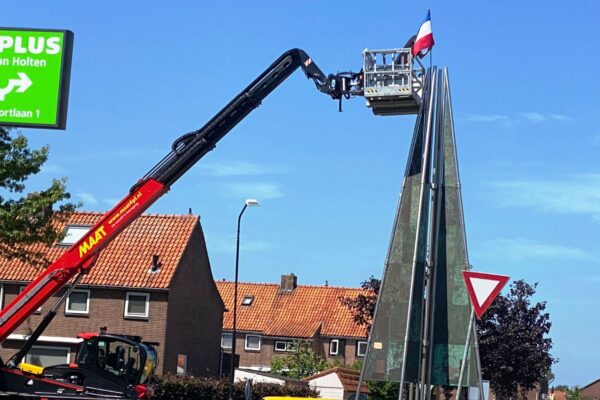 The flag was removed on Friday, on behalf of the municipality of Alblasserdam. 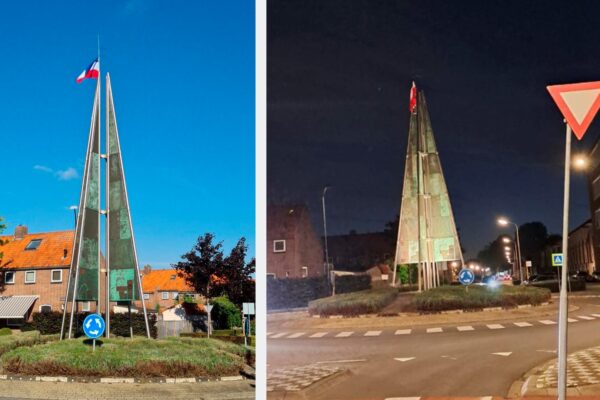 And on Friday evening there was already a new variant. Slightly less well “assembled” than the previous variant. 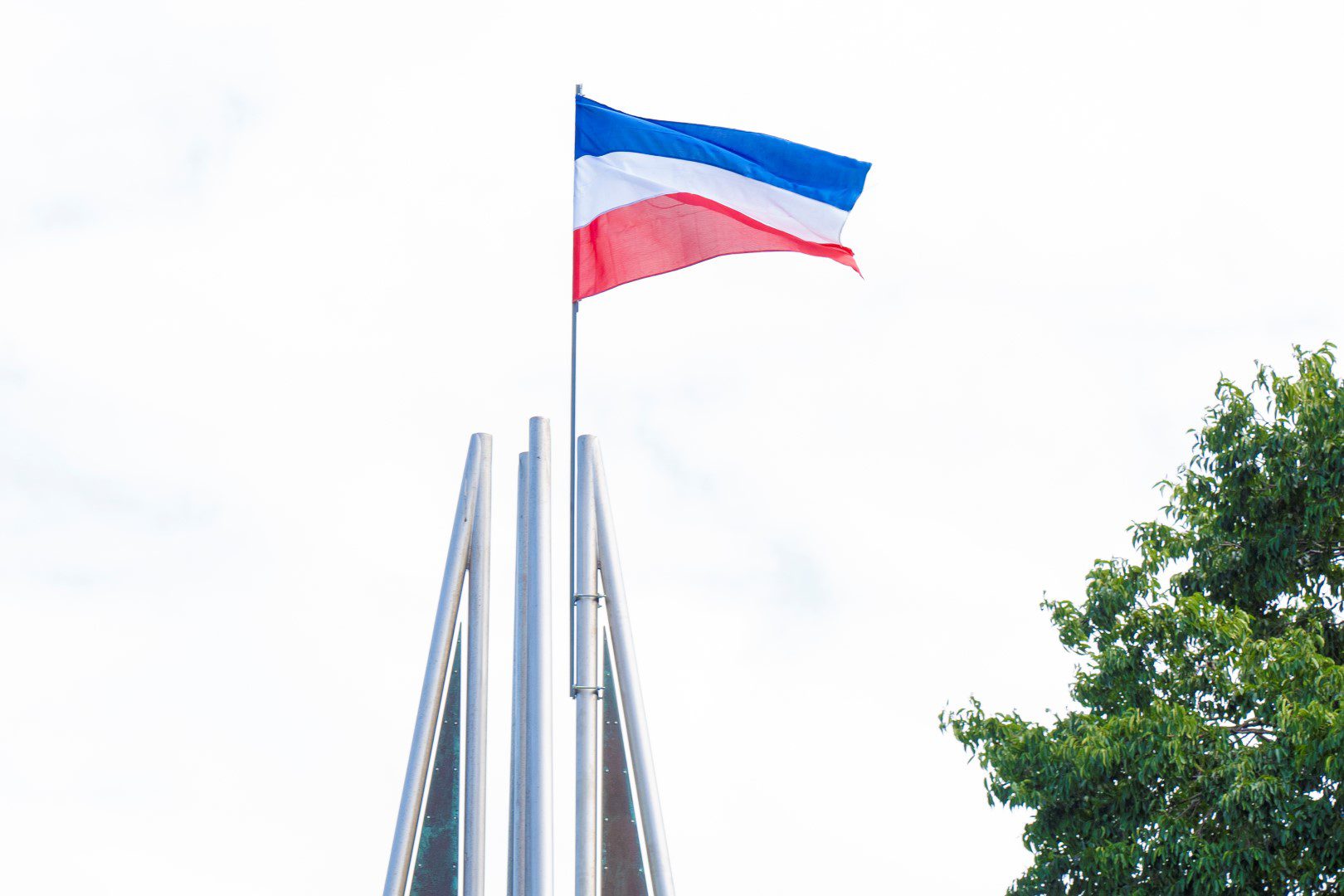 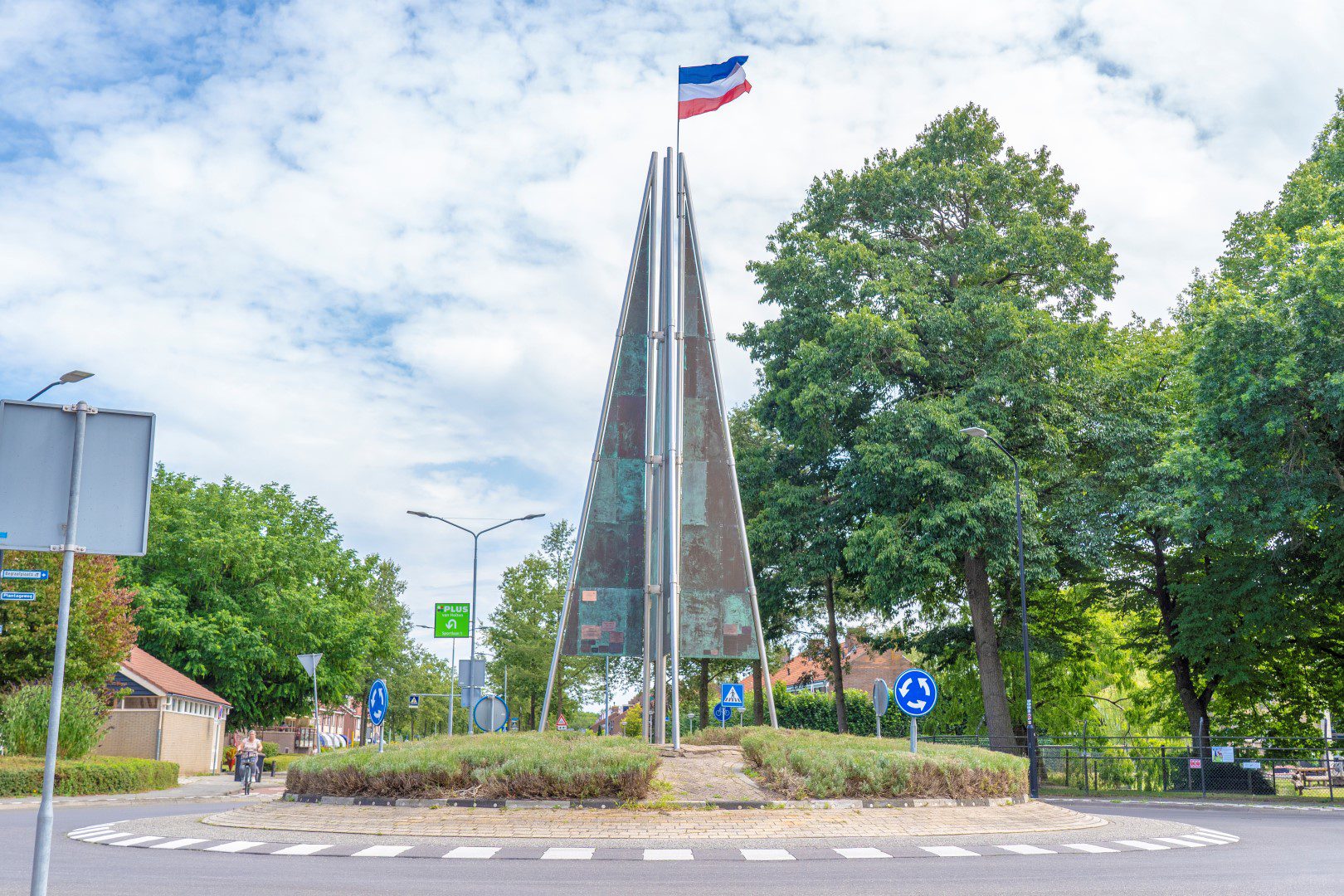