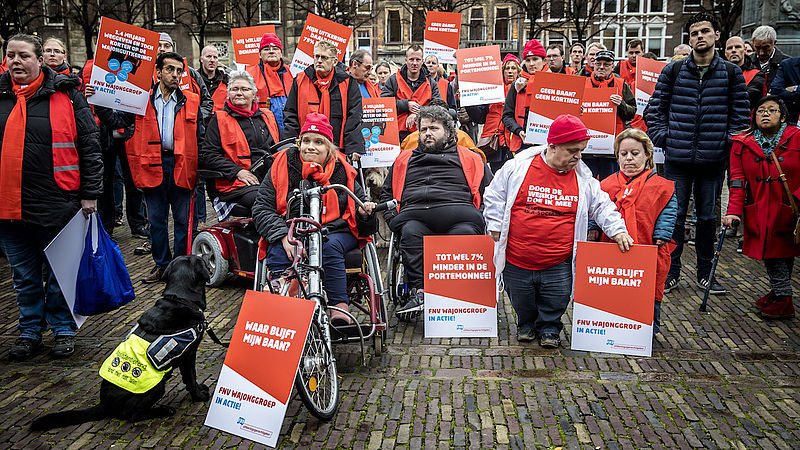 “The law on participation is based on mistrust rather than trust,” says Linda Voortman, labor and income advisor in Utrecht, in response to the case of the woman entitled to social assistance who must repay 7,000 euros for messages received.

Wijdemeren’s wife received weekly groceries from her mother for 3 years. She had not sent it to the municipality and it should have been: there is an obligation to provide information. Since groceries are seen as a structural contribution to livelihoods, the woman should have received a lower benefit. The municipality therefore decided that it had to reimburse the amount of the groceries, seven thousand euros.

The municipality thus implements the law on participation. The responsible alderman, Rosalie van Rijn, understands that there has been a stir about this, she said this morning in NOS Radio 1 Journaal: “I find this very bad myself. Shouldn’t you not giving messages to people? Legality does not mean justice. “

Utrecht Alderman Linda Voortman, who voted against the participation law as a member of GroenLinks, says the law is too based on mistrust: “What you see is that you are dealing with a fairly strict law and that you have little room within it for The law assumes many obligations: an information obligation, which you must declare if you have income from somewhere, there is also an obligation to pass on to additional income and there are obligations in the area of ​​job search. guess people wouldn’t want to work or act in good faith. “

Don’t start by being strict

For Voortman, this is the heart of the matter. “I would really like us to start from trust, because that’s the situation, that 99% of people have good intentions. And those who don’t have that, you have to be strict about it, but let’s not start with being strict. “

Rotterdam lawyer Jacqueline Nieuwstraten has many clients who have encountered problems due to the obligation to provide information. “Since the summer of 2018, we have constantly had people at the consultation hour who said they had to repay social assistance because they had borrowed money that had been deposited into their account or because that they had deposited money into their account constantly, ”she said.

Alarmed by all these stories, lawyer Nieuwstraten wrote a letter to the municipal mediator. “I’ve always heard that people don’t know it isn’t allowed. I think that’s the biggest problem of all, that a lot of people don’t know they can’t do this. this way.”

“It creates a lot of stress because it is fraudulent debt so people are victims of the underlying fraud. It means they are not eligible for debt assistance. They have to pay back , which means they’ll spend years in the super, super, sit super minimum. “

Parliamentarians must socially revamp the law on participation

Various political parties have asked parliamentary questions about the case of Wijdemeren’s wife. The CDA wants the government to make an inventory within two weeks of laws and regulations “which may obviously prove too difficult in practice.”

Alderman Voortman hopes something will change: “I think it’s very positive that different parties are talking about it now. If MPs really want to do something, they can do it by giving the Participation Act a social overhaul. . “

Space in law to be used

Rotterdam lawyer Nieuwstraten also believes that the law on participation could be improved, as things sometimes go wrong. “I had a client who initially had to repay three thousand euros. But in the objection, it was felt that everything he had done, and had not reported it, was in fact plausible. He didn’t have to pay it back at the time. “

“So there is room in the law, but this room is partly in the consultation room with the people who have to implement this law, and partly in The Hague, because this obligation to provide information is very difficult, and you will have a create some kind of space and clarity. ”After all this commotion, the municipality of Wijdemeren will revisit the case.