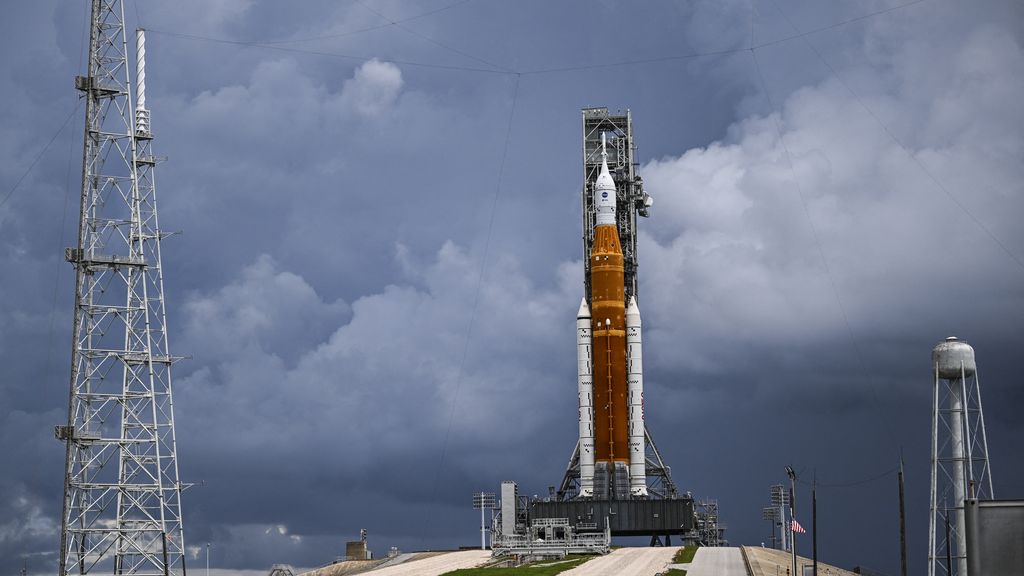 The US space agency NASA has postponed the launch of the new lunar rocket for the third time. The last two times was due to technical problems, this time the rocket cannot lift off as a tropical storm is expected at the launch site in Florida next week. The rocket was to be launched there on Tuesday.

The Artemis space program is to bring Americans back to the moon for the first time in half a century. The first launch of Space Launch Systemrocket with a space capsule on it is still without anyone on board.

Artemis is plagued by misadventures. The two launch attempts scheduled for earlier this month were canceled due to fuel leaks and other technical issues.

NASA is currently preparing the nearly 100-foot-tall rocket for a return to the hangar. Tomorrow it will be decided whether the rocket can stay on the launch pad or be brought in.

The introduction of the missile would cause a significant delay. A new attempt could then not take place before November. If the rocket can stay outside, a launch attempt on October 2 is again possible.

Europe is also participating in the American space program Artemis. Solar panels are built for this in the Netherlands:

The Space Launch System is the most powerful rocket ever built by the space agency. Artemis I’s unmanned mission is to test systems. The next mission (Artemis II), scheduled for 2024, will involve four people.

A moon landing would then take place in 2025, during Artemis III. It would be the first time since 1972, when Apollo 17 landed on the Moon. Experts doubt NASA’s schedule will be met.