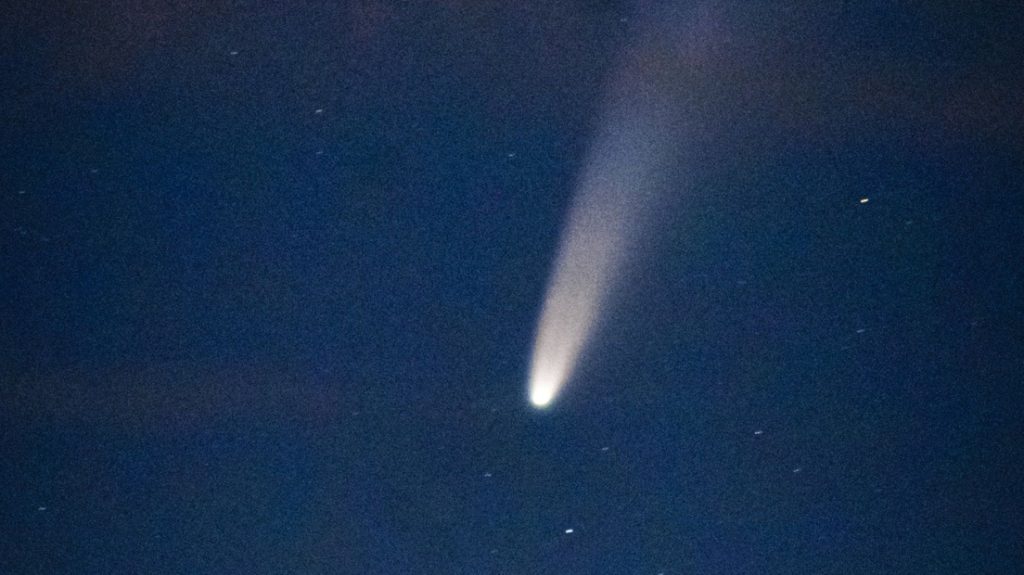 The American space agency NASA has the largest comet ever observed. This celestial body, named Bernardinelli-Bernstein, is currently still far from Earth, but is heading towards us. According to astronomer Theo Jurriëns from the University of Groningen (RUG), there is no reason to panic.

The comet, nearly 80 miles in diameter, was spotted years ago, but it took scientists a long time to study Bernardinelli-Bernstein more clearly. We don’t have to fear impact on the earth, as it turns out. “The comet will stay close to Saturn. And that won’t happen until 2031. Cosmically, Saturn is our backyard, but it’s not going to collide with Earth, so there’s absolutely no reason to s ‘worry,’ explains Jurriens.

According to the astronomer, a comet is a kind of remnant of the origin of our solar system. “Our planets are formed from a disk around the sun and part of it remains. A comet is jokingly called a dirty snowball because it is a mixture of gravel and ice. And they are extremely cold From time to time, fragments will pass by and they will orbit in our solar system. This material is about 4.5 billion years old, which says a lot about the history of our solar system. It’s very interesting for scientists.

In our solar system, Jupiter particularly attracts comets. “It’s the largest planet and therefore has a lot of gravity. Sometimes you see a smaller comet impacting Jupiter,” Jurriëns knows. Yet our own planet cannot escape the impacts either. “The last time was probably in 1908, the famous crater in Siberia, luckily in an uninhabited area. It was probably some kind of peek with the earth.”

Although Bernardinelli-Bernstein – named after the two discoverers of the comet – will leave our planet alone, Jurriëns does not rule out the possibility that the earth will be hit by another celestial body in the future. “You never know, of course. But then we’re talking about small rocks in our solar system. If they’re big, the chance of them being discovered a little earlier is also greater. Small ones burn up in our atmosphere, we don’t really suffer there.

If ever a great comet rushes towards our planet, there are scenarios ready to avert disaster. “But we’re going to try this for the first time, because we’ve never done it before,” Jurriëns said. “You might be able to blow up a comet with rockets. Another idea is to take them in tow.”