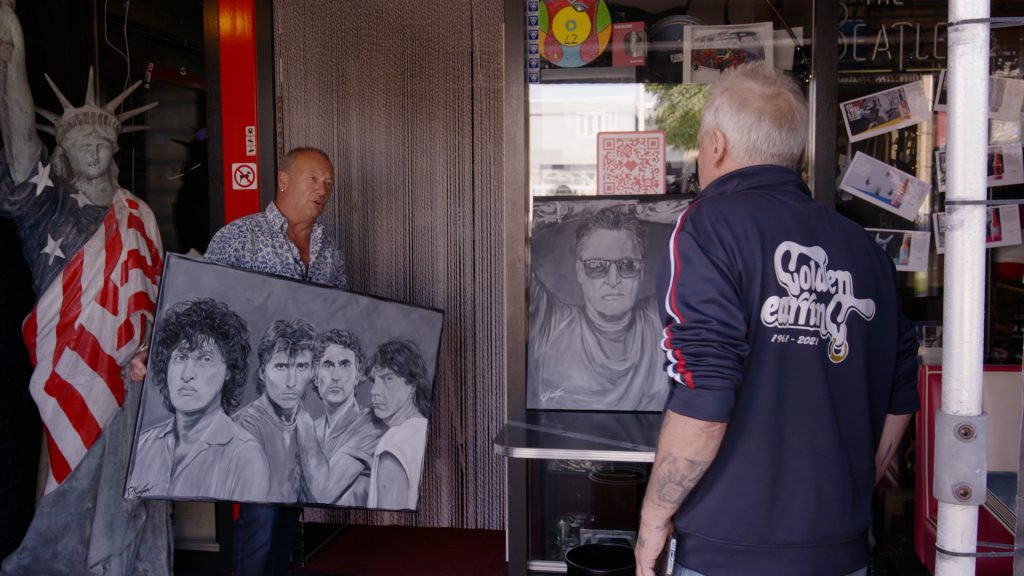 NTR’s documentary show ‘Het Uur van de Wolf’ will air this diptych on Monday 8 and Tuesday 9 November at 8:30 p.m. on NPO2. The central question of this film by director Marcel de Vré is how the rock formation of The Hague managed to survive for sixty years. The film clearly shows that it was not obvious. In the 1960s, for example, the line-up was regularly adjusted, Golden Earring lacked a true leader, mutual communication was sometimes particularly difficult, and members regularly struggled with uncertainty.

The film “That Day – Farewell to Golden Earring” follows the announcement in February of the band’s disbandment. Co-founder and singer-guitarist George Kooymans suffers from muscle disease ALS, which prevents him from playing.

For a long time, ‘de Earring’ (1961) was the oldest active rock band in the Netherlands and also one of the oldest bands in the world. “That Day” marked the national breakthrough of – until 1969 – “The Golden Earrings” in 1966. The band (in addition to Kooymans made up of co-founder and bassist Rinus Gerritsen, vocalist Barry Hay and the drummer Cesar Zuiderwijk) became world famous with hits such as “Radar Love”, “Twilight Zone” and “When the lady smiles”.

The eventful life of the inhabitants of The Hague is reconstructed in De Vré’s documentary based on personal testimonies from people directly involved in the present and the past. For example, former band members Fred van der Hilst (drums, 1962-1965), Peter de Ronde (guitar, 1963-1966) and Frans Krassenburg (vocals, 1964-1967) paint a picture of the 1960s, in which George Kooymans was with his pigeons only with his guitar and Rinus Gerritsen was forced to play bass without being able to read a note.

“We quickly evolved from a chewing gum band to a rock’n’roll band,” Krassenburg explains in the film. The former singer goes on to say that he “understood” why he had to give way to Barry Hay in 1967.

“That Day – Farewell to Golden Earring” also devotes great attention to “Radar Love”, the group’s biggest hit. Veronica’s former disc jockey Willem van Kooten recalls that rockers initially saw “no hits” in this song. On his insistence, the song always appears as a B-side of a single. The rest is history: thanks to ‘Radar Love’, gentlemen gained a foothold in America in the mid-1970s.