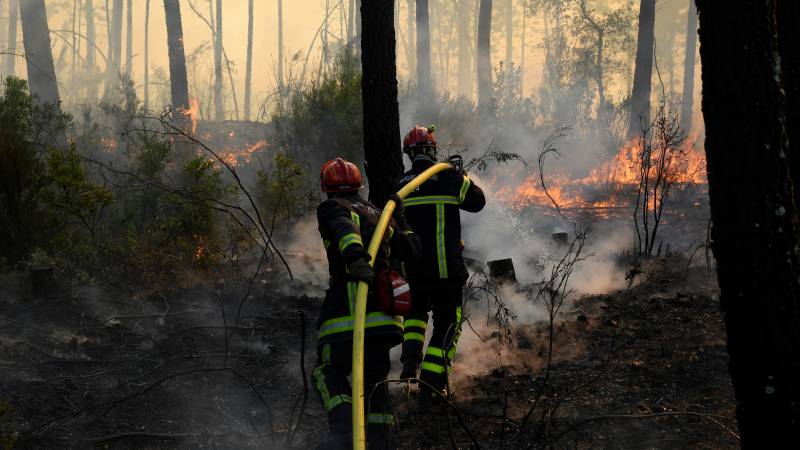 Due to climate change, there will be more and more forest fires, scientists from the program believe. High temperatures, severe thunderstorms, high winds and other extreme weather conditions will become more common.

Sander Veraverbeke, climatologist at VU University in Amsterdam, also sees a clear trend. “When I think back to last summer with all these big fires in the Mediterranean area, in the United States in Canada, in Eastern Siberia, I’m not surprised that this is now leading to records, “he said in the OUR Radio 1 News.

Especially in the summer in the northern hemisphere there were a lot of emissions, Copernicus reported earlier. Records had already been broken in July and August.

Eastern Siberia has already achieved three consecutive record years, says Veraverbeke. “As a scientist, I am amazed by this. In fact, a number of things that we are predicting for 2050 are already happening, especially in Siberia.”

In the Russian region, millions of hectares of forest burned down last summer. The Siberian permafrost has also melted, the subsoil that normally never completely thaws. “If it starts to burn more and more in places it didn’t burn before, like the permafrost areas in Siberia, it leads to additional emissions and climate change.”

In the long term, stopping climate change is one of the solutions, says Veraverbeke. In the short term, focusing on prevention can help, he thinks. “Even when it is very dry and hot, a fire should be started. And they often start due to human action, whether consciously or not.”