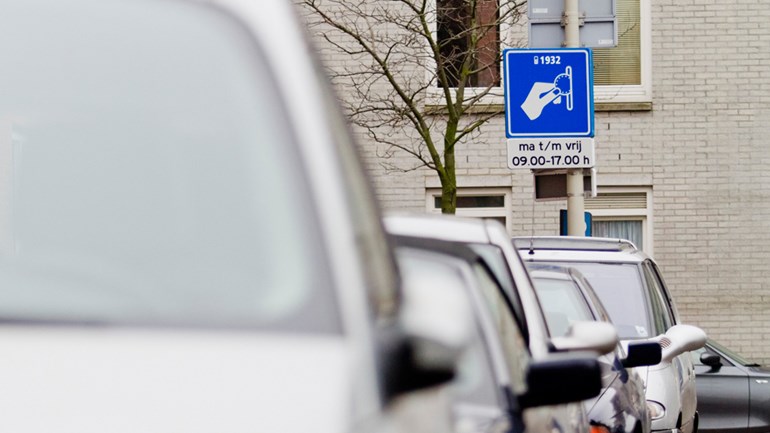 The measure is set out in the parking strategy “Parking in an accessible and livable city” by Alderman Robert van Asten (D66). In it, Van Asten describes a large number of measures with which he wishes to maintain the attractiveness of public space. “The Hague will experience strong growth in the years to come, both in population and jobs,” says Van Asten. “This leads to additional pressure on public space.”

But according to him, the extra cars can no longer be used in public spaces in many places. “The available space must be distributed as well as possible,” he says. “We don’t want the streets of The Hague to become overcrowded with parked cars. At the same time, we want people who own a car to have a realistic chance of finding a parking space. ”

The first permit has priority

This is the reason why there is a brake on the issuance of parking permits. In neighborhoods where the parking pressure is 90%, it will be more difficult to obtain a second permit. Residents who apply for a parking permit for a first car have priority over residents who want a second. The third and subsequent permits are no longer issued. There will be a transition period for this. “There will be a gradual adjustment, whereby properly issued permits will not be withdrawn,” says Van Asten.

According to Van Asten, the parking policy needs to be adjusted as the Municipality of The Hague has issued unlimited parking permits to residents in recent years. The number of parking spaces available per zone has hardly been taken into account. A resident can therefore apply for a permit for an unlimited number of vehicles. For example, 122 addresses in The Hague may currently have five or more residence permits.

Van Asten: “Every legitimate application has been honored. However, the growth of the city and the increasing number of cars mean that in some neighborhoods where parking regulations apply, residents with a parking permit find it increasingly difficult to find a parking space.

The city council also wants to abolish the hotel permit and the residence permit. The hotel permit is only issued in Scheveningen and is intended for hoteliers. They can apply for a parking permit for their guests with which they can park unlimited and free for one day. But in the meantime, there are so many people in Scheveningen that there are hardly any parking spaces left. In addition, parking garages have been added. This is why, according to Van Asten, there is no justification for maintaining the hotel permit.

Residents with a parking permit can apply for the vacation permit if they are visiting for a longer period. This additional permit is valid for three months per year. But according to Van Asten, it turned out that the permit is particularly popular with people who do not qualify for a residence permit. “The use of this permit is almost never based on the initial objectives, which makes the sustainability of this permit questionable,” he says. Therefore, he will examine whether the residence permit can be withdrawn.

Other measures the college wishes to take:

-New residents of new construction projects must park their cars on their own land or use car parks that developers are obliged to build;

– Where appropriate, there will be a program of shopping streets. This means that in a particular shopping street a certain number of parking spaces are only available during the day for customers and not for residents or businesses;

-The issuance of business permits is under review. If applicable, there will be a limit to the total number of permits per company;

-The Hague will designate new places for coaches;

-The use of shared vehicles, P&R and mobility hubs is encouraged;

-Parking spaces for bicycles and scooters will have more space;

-The Hague will pay particular attention to better parking information for visitors and residents;

-The granting conditions for the issuance of permits for parking spaces for people with disabilities can be adjusted due to their huge increase and complaints about it;

-No new parking space will be added, because there is no more space in the public space. The city is however investing in new car parks;

– There will be a program of private initiatives for the construction of public parking lots, mainly for existing permit holders.

READ ALSO: The Hague will be silted up in 2040 due to all the traffic