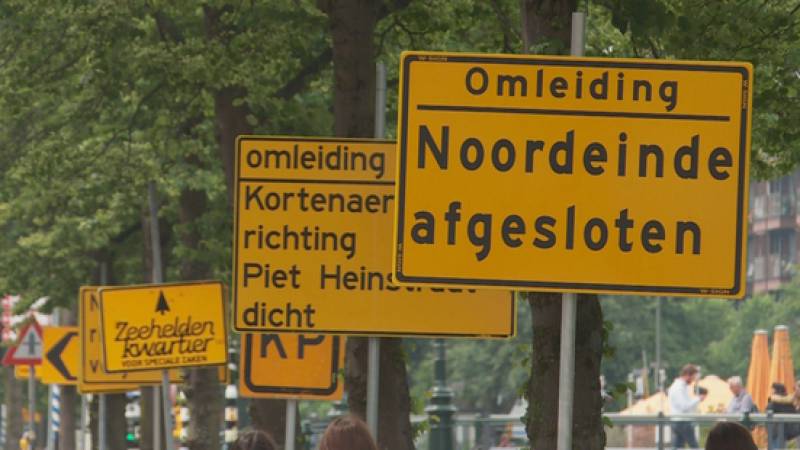 In The Hague, there is growing concern about all the road works in the city taking place at the same time. Because of the diversions, it sometimes takes more than an hour and a half for a motorist to get from one end of the city to the other. Cyclists and pedestrians also have to make long detours. Entrepreneurs claim to have lost a quarter (or more) of their turnover due to lack of accessibility.

“The Hague is growing. More and more people are using public space. That is why we are working on accessibility and road safety,” explains a spokesperson for the municipality. West Broadcasting† The city tries to limit nuisances, but this is not possible everywhere. “And the honest story is that it will take some time.”

The city is currently open in 25 different locations. Dozens of other road works are planned for the coming years. The forest of yellow detour signs will therefore remain in place for the time being. The works cause traffic jams and annoyances in the city center, but also beyond.

Grapes are sour for contractors near construction sites. “People don’t even know we’re here anymore,” says Marije Scheening, owner of a cafe on Piet Heinplein, looking out her shop window at an empty sidewalk. Where cars and cyclists used to ride, it is now (with the exception of some work traffic) virtually silent. According to her, there is little or no money coming in.

“It will be very beautiful. We say that to each other every day,” sighs Scheening. “But it also takes a long time.” She specifies that the works are scheduled to last until October 2023.