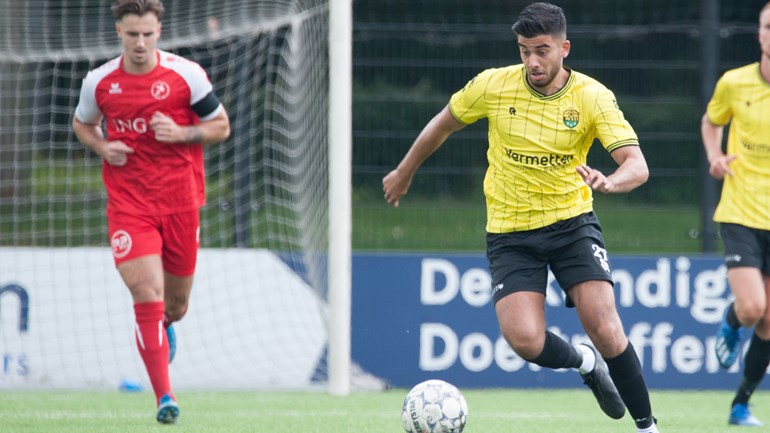 Julian van de Creek (22) is a defensive midfielder who played for RBC Rucental and NAC Preeta at the Youth Academy.
He has been playing for Holsteron since 2017-2018. Prior to that, he played for two seasons at the youth club of Malaga, a Spanish professional club. It did not make an improvement, partly due to injuries.

Nishant Jagarnath (22) is an attacking midfielder who also played for RBC Rucental and NAC Preeta’s Youth Academy. Jagarnath played at MOC’17 at the Bergen of Zoom before moving to the main division Holster in 2017.

“Nishant is a real number ten. He will play in that position at GOES,” said Hugo Parents, a member of GOES’s technical affairs team.

With three players, the number of newcomers comes to six. Finn Murray (17), Reza Maibau (17) and Silvio Hague (20) were previously recruited. All three are from Clothing.

GOES wants to add the striker to the selection as the successor to the SeaBay sketch that will depart for Excelsior 31.

Earlier it was clear that Stephen de Bert, Hugh Van Heck and Matthew Lenting would also be performing at GOES next season. Among the other players who have joined the club are Jelle Clap, Ralph de Kok, Francis Cupway Manengela, Heap Nuen, Sven Mbiculu, Ruben Holmans and Rico van Neelan. GOES is still talking to other players.

Jesse was also announced to be leaving the Bank Club. Defender from Groenington is going to study and play football in the United States. Goalkeeper Brian Melmeister goes to Arnemuiton, attacking Thomas de Ridge will play for Cloud next season, Amidu Tango will wear the SC Cruiseland shirt next season, and Seabe Sketch will depart for Excelsior 31.