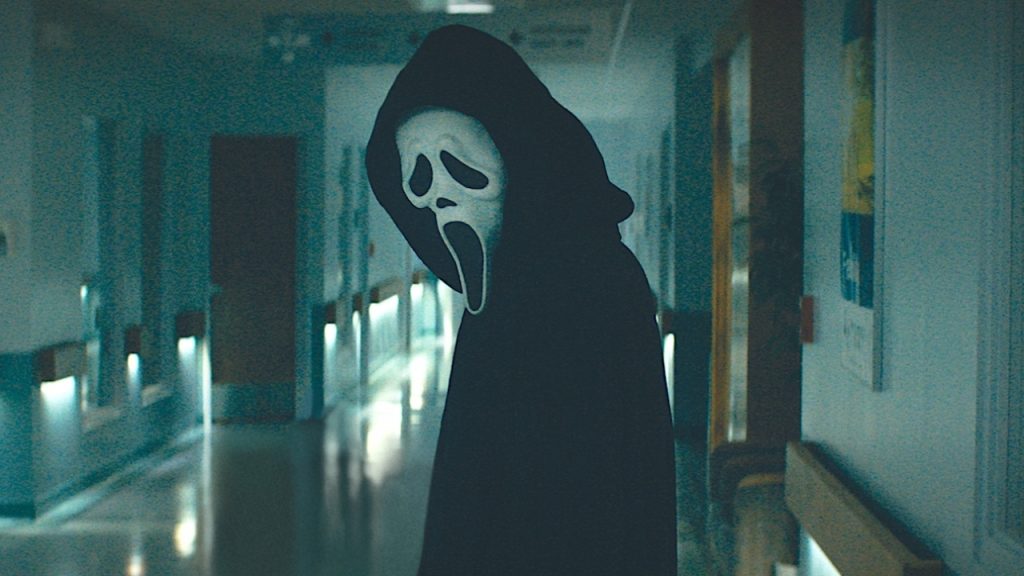 In the US, it will take Scream about a week to hit theaters. We still know very little about the movie other than the fact that all of the major cast are returning.

Franchise stars Neve Campbell and David Arquette appeared on Good Morning America and took a music video with them. In the video at the bottom of this article, you can see the first clip of the 1 minute 34 seconds film. The two also speak briefly about the new film.

Scream-clip
“I can’t tell you too much. I can tell you that she’s at a good time in her life,” Campbell said of her character Sydney Prescott in Scream.

“She’s a mother now and that gives her a whole level of ferocity. She’s happy and chaos erupts because it’s a Scream movie.” The duo are also talking about returning to the franchise for the first time in a decade and working with new cast members.

The trailers have shown that the new Ghostface is in yell focuses on the families of other killers from previous films. Among them are Stu Macher and Billy Loomis, Mrs. Loomis and Mickey Altieri, Roman Bridger and Charlie Walker and Jill Roberts.

Sydney is linked to two of the killers and faces Ghostface again: