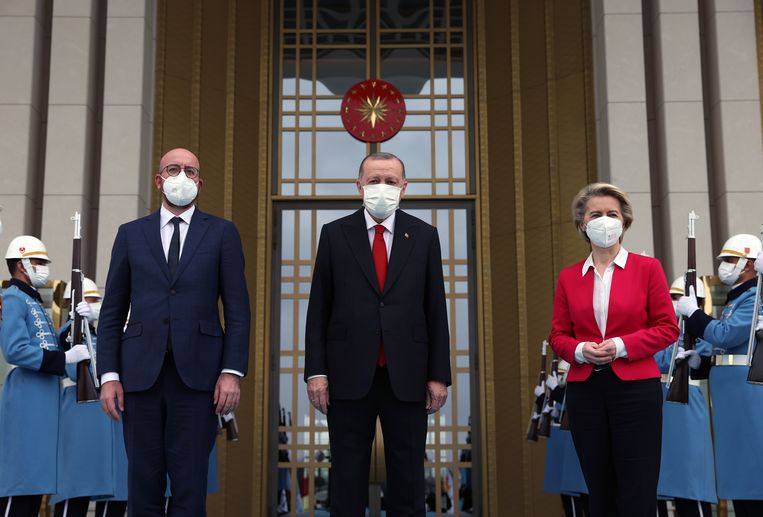 Brussels is particularly concerned about the continued erosion of democracy and the rule of law in Turkey. Recommendations made by the Commission a year ago have been ignored by Ankara, according to the report.

“The EU’s serious concerns about the deterioration of democracy, the rule of law, fundamental rights and the independence of the judiciary have not been taken into account,” said the Commission. “There has been a further decline in many areas. ”

For the first time in all these years, Brussels also declares that Ankara no longer seriously intends to implement EU-backed reforms, even though President Recep Tayyip Erdogan said in April that his country was still committed to a comprehensive EU-led reform of membership. After serious clashes last year with several European countries, including France and Greece, Turkey appears to have been making efforts to improve relations since the start of this year.

According to the Turkish Foreign Ministry, the report demonstrates the EU’s “double standard”. The ministry rejects the “unreasonable criticisms and unfounded allegations” contained in the progress report. The Union would not have kept its promises.

“Turkey maintains its choice of full EU membership in the strongest possible way,” the ministry said. “It would be in everyone’s interest if the EU sees Turkey as a candidate for negotiations, and not as a partner with whom we have to do business every day, given our common interests.”

When Turkey and Brussels started the accession process in 2005, the Turkish government led by Prime Minister Erdogan was busy reforming economic laws and regulations in a European way. Turkey has also made great strides in the area of ​​human rights.

In recent years Turkey’s drive for reform has weakened and Erdogan has increasingly become an authoritarian leader. Especially after the failed coup of 2016, Europe and Ankara have drifted further and further apart. In Brussels’ eyes, the Turkish government overreacted to the attempted coup.

In addition, various conflicts between Ankara and Europe remain unresolved. For example, EU foreign ministers decided on Monday to prepare new sanctions against Turkey in response to Turkish interference in Cyprus.

At the end of September, the Turkish navy sent a Greek Cypriot research vessel out of the part of the Mediterranean that Turkey considers its continental shelf. Also in July, at the instigation of Ankara, the once popular resort town of Varosha in northern Cyprus in Turkey was reopened to the public. After the Turkish invasion of the island, the place where the Greek Cypriot inhabitants had fled was closed by order of the UN.