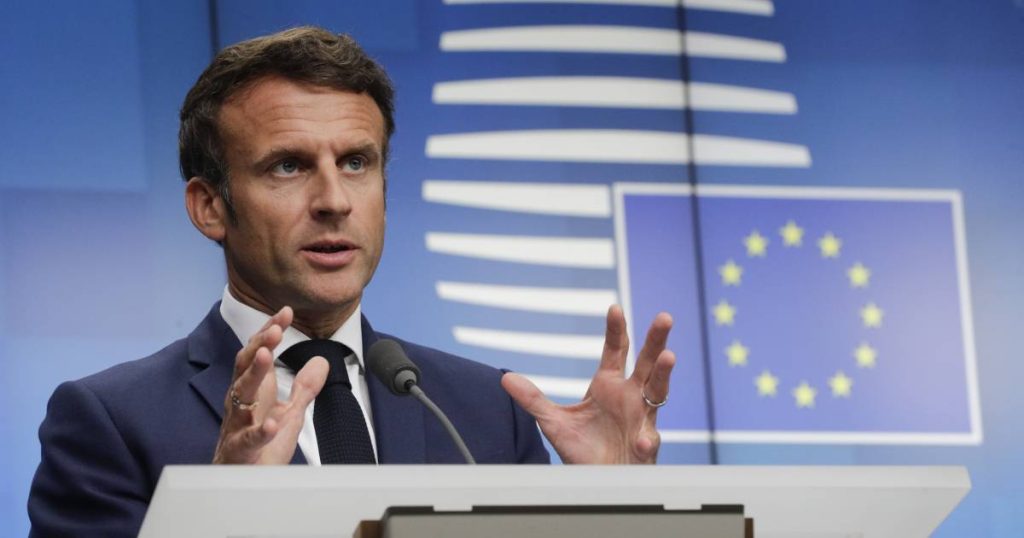 The EU will have a new sister: a greater European political union in which the leaders of EU countries and third countries periodically explore the world. The first meeting could take place in Prague shortly after the summer.

Prime Minister Rutte, an enthusiastic supporter of the idea that President Macron put on the table in early May, sees “the relationship between our part of the world and China/Russia”, migration and current economic issues as subjects of appropriate discussion, he said this afternoon after a two-day EU summit meeting in Brussels. He hopes that the new platform can replace regular consultations with Eastern partners, such as Ukraine, and with Balkan countries. “Now we talk to them about EU enlargement, but they have to leave the house in case of really substantial talks. I understand their frustration,” the prime minister said.

President Macron is delighted that there is “a very broad consensus” to give the new union a chance. It will be “an open platform based on geography and values”, which may include countries “from Ukraine to Iceland”. He and Council President Charles Michel stressed that the new union will be “not an alternative to enlargement”, but a platform that offers EU and third countries room for political dialogue. and closer ties. Macron had previously suggested the UK was also welcome. The structure is gradually taking shape on its own, he believes. It has already been established that the new union will only meet at the highest level (“leaders only”).

The idea of ​​a political union is not entirely new. Macron’s predecessor, Francois Mitterrand, suggested it soon after the wall came down, but it didn’t take off, some say because Mitterrand – other times – had foreseen a place for Russia as well.